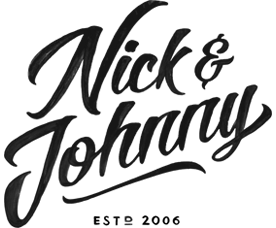 The Nick and Johnny brand has been around since 2006, and was introduced as a "snus that would suit the new generation of snusers, not bound by traditions."  Similar to the Lab Series, a snus developed for new snus users who didn't dig the traditional scene and wanted something different.

I recently previewed the redesign of Nick and Johnny and General Variation, and the day has come, the new cans are in!  It's no secret that in the past I've thought the names were rather cheesy, so it's exciting to me to see not only new can designs, but new names for each one of these products. 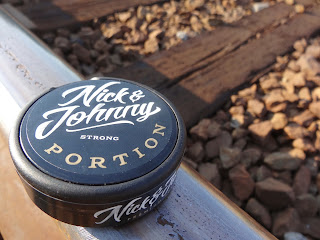 What the can says:  "Full Tobacco Flavor"

Our Review:  "Nick and Johnny has a very unique aroma that you won't find in any other snus. It's a rich tobacco aroma with an earthy/leather like quality and this little smoky thing going on. This aroma translates really well to the flavor. This snus doesn't have any citrus flavor to speak of - just a rich tobacco flavor with an earthy/leathery flavor. There's a nice salt balance going on and a little smokey undertone." 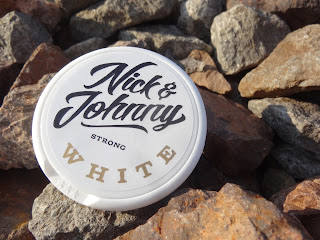 This can returns Nick and Johnny to it's original name - Nick and Johnny Strong White.  I wasn't a big fan of "White Heat", so this one makes the brand seem less cheesy.

What the can says:  "Full Tobacco Flavor"

Our Review:  "The aroma of citrus is very present with a spicy kick wrapped around it. This comes through in the flavor as well. Nick and Johnny is one that isn't short in the flavor department. There's alot going on when it comes to flavor of this snus. The citrus flavor isn't the most predominant flavor as you would expect, this being something most of us have grown to expect from a traditional flavored snus. Nick and Johnny White has a great flavor balance with leathery tones, earthy flavors, and a pleasant smokey tobacco taste as well tied together with a mild salt balance and a spicy kick to it. The citrus flavor is present, but balanced." 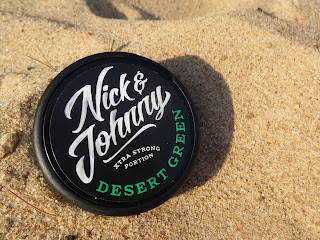 This can departs from the original product name and goes to something less cheesy, rebranding "Green Spyke" to Desert Green.

What the can says:  "Medium tobacco flavor with a taste of cactus"

Our Review: "When you open the can, the aroma is an earthy smell with hints of sour apple. The taste is very interesting. It's just like a Green Apple Jolly Rancher candy. It's a sour green apple taste with a little earthy/tobacco flavor, but not much." 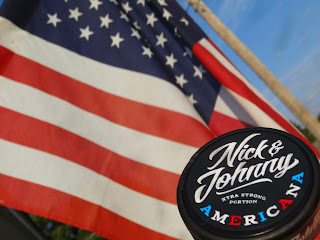 This can departs from the original product name and goes to something less cheesy, rebranding "Captain Yankee" to Americana. I did a podcast recently with Larry from SnusCENTRAL and he noted that people took offense to the "Captain Yankee" name, so perhaps that's a motivation behind the new name of this one.

What the can says:  "Medium tobacco flavor with a taste of spicy cherry"

Our Review: "When you open a can, the aroma that comes through is predominantly berry, more cherry than anything, with a smokey tobacco aroma in the background. The taste is very berry, the cherry being the predominant flavor, with a little hint of wintergreen. The tobacco is smokey and present, with a little nutty flavor in the background. It's a very interesting flavor, and one that isn't very common in the snus world." 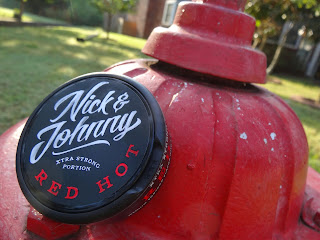 This can departs from the original product name and goes to something less cheesy, rebranding "Radical Red" to Red Hot.

What the can says:  "Medium tobacco flavor with a taste of chili and cinnamon"

Our Review: "When you open the can you'll be surprised what you smell. It smells almost like Red Hots Candy. It's a very unique and amazing smell. The taste, wow. It's a mixture of cinnamon with hints of clove. I don't pick up the pepper in the description but that taste is great. The most interesting thing is the burn. A lot of snuses have a "tingle", but this snus has a mild burn. It's not a chill/cold burn - but it's like a warm burn. It's like nothing I've ever had before." 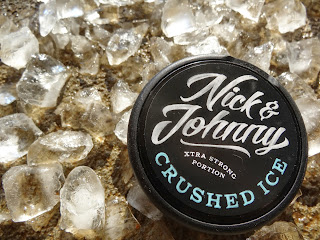 Crushed Ice Xtra Strong Portion was one of two products that didn't experience a name change.

What the can says:  "Medium tobacco flavor with a taste of mint"

Our Review: "When I first opened the can (and as several other reviewers have noted) a really interesting thing happens. The aroma of wintergreen comes through, followed behind by a little spearmint aroma with an almost herbal like quality to it, much like the Jakobsson's Mint. The portions are very dark and moist and very comfortable in the lip along with a nice little tingle and a cooling sensation. The taste of this is really interesting. I went through a half a can of it yesterday and I got the same thing every time. The flavor seems to start with a presence of wintergreen, then develops into a spearmint taste, then settles into a nice traditional mint taste much like General Mint. There is a very nice herbal quality to this snus and a noticable taste of earthy tobacco in the background, much like the classic Nick and Johnny Snus." 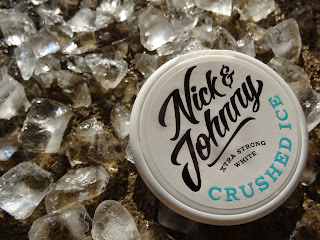 Crushed Ice Xtra Strong White was one of two products that didn't experience a name change.

What the can says:  "Medium tobacco flavor with a taste of mint"

Our Review: "When you open the can, a very present wintergreen aroma comes through with clear hints of mint. As I mentioned before, the taste changes and matures as you have it in and almost goes from one mint to another - it has a very present wintergreen taste, and hints of spearmint and peppermint and the tastes seem to rotate and change the longer you have them in with nice little herbal hints in the background. It's an interesting and very complex snus. "
Posted by Chad Jones at 8:39 AM