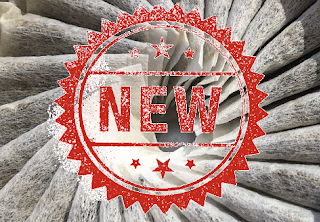 A whole bunch of new snus has dropped over the past week, and I figured I would just write one big preview article about all the new stuff instead of doing individual ones. As many of you know, the end of the year seems to be when snus companies release a lot of new products. Some stay around, some don't. But that's the name of the game. Some of these I'm particularly excited about. Some of these I've never heard of before. So, with that being said - let's get into it and talk about all the new products! 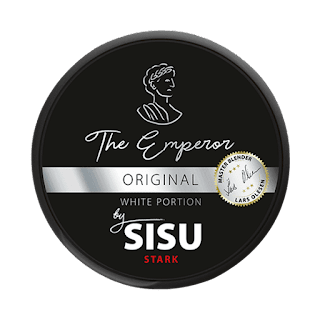 This one is a new product from AG Snus that I'm rather curious to try.  The SnusBolaget flavor description says, "Emperor is a reference to Finland's independence from Russia. Traditional snus flavor with bergamot, tobacco, citrus and a slightly smoky taste with whiskey tones.  The tobacco blend created by master blender Lars Olsen."  Each can is 14g and has a nicotine content of 20mg/g. 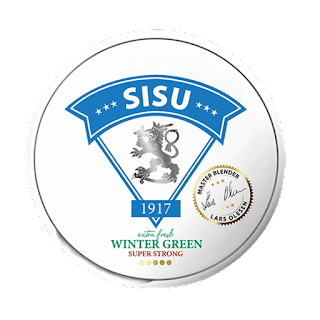 This is another new product from AG Snus.  The SnusBolaget flavor description says, "Fresh with a clear taste of Wintergreen. 1917 is a wink to Finland's independence proclaimed in 1917. SISU Fresh Wintergreen White portion is one of the latest additions under the SISU brand. The tobacco blend was developed by master mixer Lars Olesen and the snus has a clear wintergreen taste that gives a fresh taste."  Each can weighs 14g and has a nicotine content of 20mg/g. 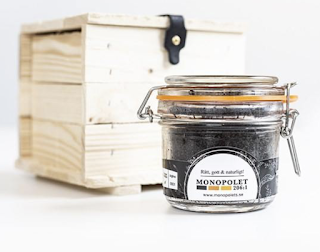 This one launched in the Summer of 2019 and I (gasp!) somehow missed this one.  It's not listed for sale anymore, so it probably sold out.  It looks to be a small batch type product from a new manufacturer, so I'm really curious to try it.  The SnusBolaget flavor description for this one says, "Alida from Monopolet is a brand new loose snuff. Only 1000 pieces of this unique variant will be manufactured. The tobacco is 100% Swedish and organically grown in Fjälkinge, Skåne. Each can is uniquely numbered and comes in an associated wooden box.  Monopolet is a new manufacturer with long experience in the snuff industry. The can with the premium snus comes in a beautiful and rustic wooden box where it is carefully packaged.  The producer has put a tremendous amount of love on his first release of loose snus.  Mildly processed to retain all natural flavors. In the background you can feel tones of Swedish herbs. Of course, the herbs are supplied by a local company."  Each package has 120g of tobacco and has a nicotine content of 8mg/g.  Now, even though this one isn't made anymore, I wanted to cover it because they also have a portion version out now. 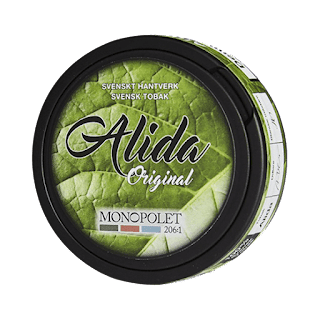 This is the portion version of the product listed above.  The SnusBolaget flavor description for this one says, "An exclusive original portion from the snuff manufacturer Monopolet. The tobacco is 100% Swedish and organically grown in Fjälkinge, Skåne."  Each can weighs 18.5g and has a nicotine content of 8mg/g. 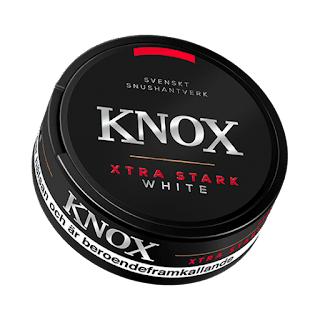 The Knox brand from Skruf is incredibly popular and now comes in an Xtra Stark version!  The SnusBolaget flavor description says, "The latest addition to the Knox White family. The same snuff as Knox White but with higher nicotine potency and the same clear tobacco taste in combination with citrus tones."  Each can weighs 19.2g and they have the nicotine content listed at 12mg/g, but I suspect it is actually stronger than that. 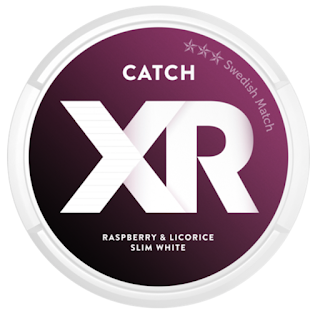 This one I am ridiculously excited about.  I was a big fan of the Small Batch 4 Raspberry Licorice Snus and glad it's here to stay full time!  The flavor description on the Swedish Match e-store says, "The taste combination Hallon & Licorice, which was first temporarily launched through the Small Batch concept, is now also available in Slim White format.  Light tobacco character with clear elements of raspberries, and some licorice and anise."  Each can weighs 16.8g and has 21 portions, at 0.8g each.  The nicotine content is 8.5mg/g (0.85%) or 6.8mg/portion. 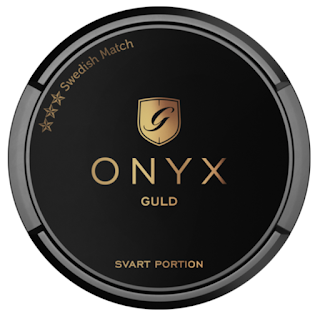 This one was a nice surprise.  I've been a big General Onyx fan for quite a while, so I'm glad to see SM doing more with that line.  The flavor description on the Swedish Match e-store says, "Maximum taste - low drip.  Dark and smoky tobacco character with hints of tar, dried fruit and licorice."  Each can weighs 21.6g and has 24 portions for 0.9g portions.  The nicotine content is 12mg/g (1.2%), or 10.8mg/portion.  I'm excited about this one because the flavor description sounds a lot like the discontinued Roda Lacket Portion snus. 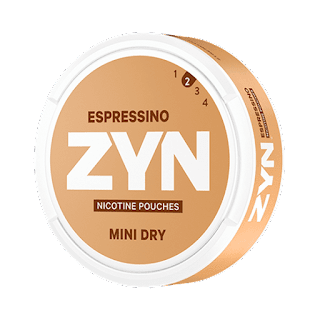 Swedish Match is releasing another new Zyn product (in Sweden, sorry US folks).  The SnusBolaget flavor description says, "ZYN Espressino is one of two new products from ZYN. It has a dark character and as its name implies it has a clear element of coffee, mixed with cocoa, nougat and vanilla. The combination gives a deep flavor complemented by creamy sweetness.  These flavors form a dark character with deep flavors and sweet tones."  The nicotine content is listed at 7.5mg/g. 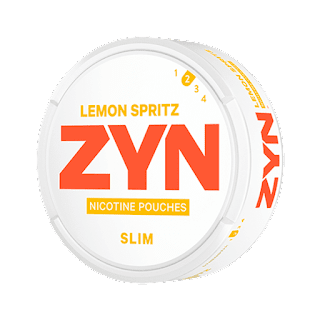 Another new Zyn product, but this one is not the mini dry type.  The SnusBolaget e-store description says, "ZYN Lemon Spritz brightens up life with its fresh, sour taste of citrus and grapefruit along with mild sweetness from peach and rose water. Together they form a sour sweet feeling under the lip. ZYN Slim Lemon Spritz is the latest flavor in ZYN Slim. It stands out from the rest by combining sour taste from citrus and grapefruit with sweetness from peach and rose water. ZYN Lemon Spritz has a strength of 2, which is a lower strength than the other ZYN Slim."  This one comes in a 16.8g can and has a nicotine content of 8mg/g.

As usual, I'm not sure which of these products will be available to the US.  I know SnusCENTRAL posted on their FB page that they would have the new Onyx Gold, but that's the only one I've seen so far.  I imagine they'll get the Catch XR one as well, maybe the new SISU products.  And of course I'm working on getting these for review, so hold tight!
Posted by Chad Jones at 7:11 PM