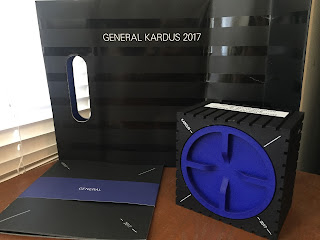 First of all, this isn't going to be a short review like I usually do.  Since it's a product I paid almost $100.00 USD for, I figured it deserves a special review.  Also, a special thanks to our friend Bengt Wiberg from Sting Free Snus (Website/Facebook) for driving to Stockholm to pick this up for us.  This is the first year Swedish Match didn't allow the product to be sold via e-stores that ship to the US, for some reason.

As you can see in the photo, there's a book that came with this one.  I'll be quoting from it in this review, but if you want to read it I uploaded it for you to view.  Each page has a photo of the page in the book, and under that you'll see the English translation.  You can view it here. Thanks to our friend Emil Johansson for helping us with the translation. 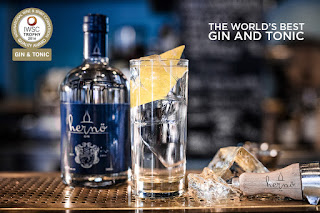 This year's release was made in collaboration with Hernö Gin.  Swedish Match says:  "General Kardus 2017's flavor has been developed in collaboration with Hernö Gin, Sweden's only truly authentic gin distillery. Hernö Gin is certainly a much younger company than Swedish Match, but it has won awards in several international competitions. In 2016, Hernö Gin won an award for the greatest gin producer in the entire world. Hernö Gin's master distiller, Jon Hillgren, collaborated with our master blender, Lars Öberg, to create General Kardus 2017's flavor profile."  I'm personally not someone who drinks hard liquor, but I do love the flavor of juniper. Göteborg's Rapé has been a favorite snus of mine for many years, so I found myself quite excited going into this snus. 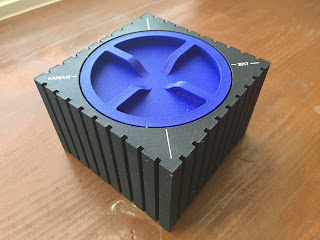 This year, Kardus comes in a very unique 3-D printed container. Swedish Match had this to say about it: "This year's General Kardus doesn't just differ in flavor and feel. The container itself, also known as the "kardus", shows our new design approach. This year, we hired Teenage Engineering to help us with the design. Teenage Engineering, a Swedish company known for concept design and industrial design. Furthermore, Teenage Engineering is represented at the Museum of Modern Art in New York City. They designed General Kardus 2017's container, which was then manufactured with 3D-printing technology by Acron, another swedish company. The Kardus has a matte black finish, and a total of 1500 copies, all numbered, were produced."  It's smaller than the past few years Kardus boxes, but it's also a pretty heavy little box!  The lid is also relatively hard to get off.  You have to turn to unlock it, and then I found myself having to wobble the lid back and forth to loosen it up before it would come off.  So, be careful when opening, the lid can fly off if you're not careful! 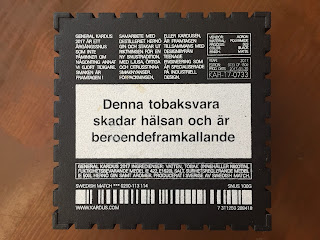 The warning label on the side and the information on the bottom of the container is also printed on there; it isn't a sticker! I found that to be very neat.  You can click the photo to zoom in for a closer look, but a few things I found to be interesting.  My box is #733 out of 1500 produced.  It also says this snus was produced January 30th, 2017.  So, needless to say, it is quite fresh!  It also has the ingredients, the weight (100 grams), the website (Kardus.com), and another warning "label". 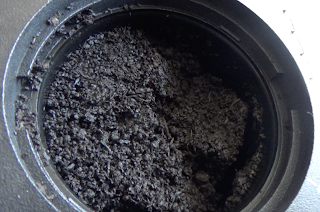 I do have one complaint about this year's Kardus.  This year, the tobacco itself actually comes inside the container.  There is no interior vessel that comes out to separate the tobacco from the container.  I didn't want to refrigerate the whole container (as I like to display/collect snus items), so I took the tobacco out and put it into separate empty snus cans.  If you do this, I suggest completely cleaning/airing out these cans before you put the tobacco inside the individual cans so that the flavors don't mix/bleed together. 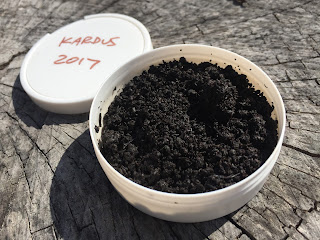 As you can see from this photo, I used Skruf cans to put the Kardus into this year.  I found the labels were easier to peel off with those particular cans than other snus cans.  But as I said above, and this is very important, make sure you completely wash and air out the can before you add the Kardus snus!  The flavors can mix and bleed together if you don't clean it out.

This year's release is single cut, 100% lamina, as we have seen in the past. Swedish Match says, "Only the finest pieces of the tobacco have been used for General Kardus 2017. These parts of the plant matter are called the 'lamina' in the industry. The tobacco is cut in 0,72 mm slices, using the single-cut method, giving it a completely different flavor and feel than the usual ground tobacco used in loose snus." This year's flavor description says, "General Kardus 2017 has a much lighter, milder taste than its predecessors, and brings to mind hints of mild herbs and notes of citrus. General Kardus 2017's tobacco has a dark and rich character with notes of dried fruits, chocolate and juniper, with slight notes of juniper berries and citrus. The snus is made of single-cut tobacco, meant to be shaped into a "prilla" for a quick and powerful release of flavor." 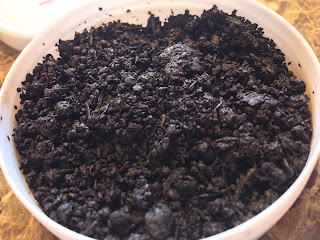 Tobacco was used from various regions for this product.  Swedish Match says, "The result is a product much different from earlier karduses. General Kardus 2017 has a much lighter, milder taste than its predecessors, and brings to mind hints of mild herbs and notes of citrus. The tobacco used for General Kardus 2017 is intentionally made to distinguish its flavor from earlier editions of General Kardus. In designing its flavor profile, Lars Öberg took great consideration when selecting the tobacco variants used, hailing from India, Spain and the Philippines."  The tobacco from India is deascribed as "Indian sun-dried Malawi Western tobacco. The tobacco is "dark air-cured", but also sun-dried, making for a milder tobacco, tasting of dark spices with a noticeable bitterness."  The tobacco from Spain is described as "Spanish air-dried tobacco from Extremadura. The tobacco is "dark air-cured", giving the tobacco a dark, rich character with hints of cocoa and dried fruits, lending it a bit of acidity."  The tobacco from The Philippines is described as "Filipino, heat-dried, mild Virginia tobacco. The tobacco is a semi- cavendish, meaning it's been heat-cured, resulting in a dark brown, almost black tobacco, making for intense flavor and aroma." 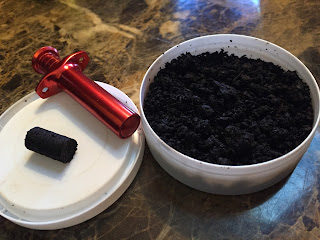 Now that we have all the background out of the way, let's get into the review!  First of all, this is a single cut snus, so it isn't very easy to handbake.  Also, I'm not someone who will just take a pinch and put it in my upper or lower lip.  So, for products like this, I use an Icetool to bake my prilla.  Yes, I know, that means our viewers/readers from Sweden will laugh.  I apologize in advance for my American-ness.

The tobacco itself is quite soft and fluffy.  The moisture amount if 51.5%, so it leads to a quick release of flavor! When you open the can, the aroma that comes through is a dark, rich tobacco smell accompanied by mild hints of dark chocolate. I notice the presence of gin, but it is rather mild and in the background. The taste of this snus is very focused around the tobacco. The tobacco taste is dark, strong, rich, earthy and well rounded. There is a very mild smokiness in the background. As far as the gin flavor goes, it is detectable, but it is rather mild and stays in the background behind the tobacco. There is also a light herbal flavor in the background, as well. Though it was noted in the flavor description, I didn't detect any berry or citrus flavor, however I may be able to notice it more after I let this snus age. The nicotine delivery is moderate. It is stronger than a regular strength snus, weighing in at 13mg/g, but it is not uncomfortable nor is it too strong that it detracts from the flavor and experience of the snus. The longer you have the snus in, the more the flavors mellow. The gin and herbal flavors mellow at about the 30 minute mark and the taste settles into a rich, robust tobacco flavor.

I found this year's Kardus to be quite enjoyable. Going into it, I thought it might be a cross between General Snus and Göteborgs Rapé, but it didn't taste like I expected.  I can say, as a lover of tobacco centric flavors, this snus delivered a great taste.  The tobacco taste reminds me a lot of last year's General Kardus Fäviken. The gin wasn't as bold as I expected, but it did compliment the tobacco flavor quite well.  I'm going to age some of this snus and revisit it in a few months to see if the flavors develop any more with proper aging.  This snus was produced in late January of 2017, so perhaps by this summer the flavors may come out a bit more!
Posted by Chad Jones at 8:53 AM