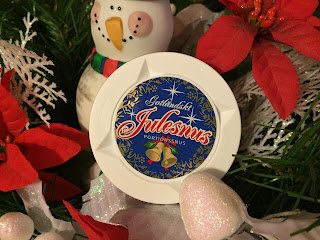 I know what you're probably thinking - "This snus is released every year and you've already reviewed it a few times." This is true, I reviewed it back in 2009 when it was in the old style cans and then again in 2010 when the cans were updated. I haven't done a review of it in a while, and this year, I'm enjoyed a special beverage with this snus, so I wanted to do a new review of it.  In case this is the first time you're hearing about Julesnus, this product is released every Christmas from Gotlandssnus AB.  They used to release a los version of it, but discontinued that one after 2014. The flavor description says, "Julesnus is a very popular snus with an obvious and distinct taste of Christmas. Flavors such as mulled wine, cinnamon and gingerbread cookies gives the Julesnus a Christmassy taste."
V2 Tobacco used to make Offroad Julesnus, but discontinued it this year and are making two new products - Thunder "I Snow You Love Me" (Gingerbread) and Thunder Frosted Christmas, which they released last year. 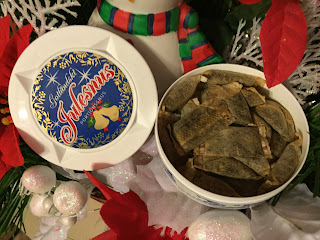 When you open a can of Gotlands Julesnus, you'll notice the portions are original portions.  These are moist, but not too moist.  They have a great mouthfeel and the flavor lasts quite a while!  The aroma is very much clove and cinnamon with a touch of ginger.  The flavor is as close to Christmas as you can get.  It starts off with clove, but slowly builds to more notes of cinnamon and ginger.  Clove is the most predominant taste, but the cinnamon and ginger flavors are still present.  All the tastes work really well together to provide a truly delicious experience! 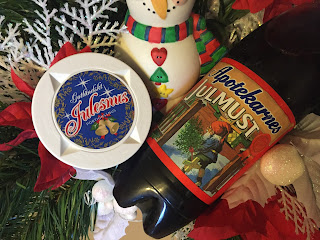 This year, I tried something special with this snus. A friend in Sweden sent me some Apotekarnes Julmust, which is a Christmas flavored soda. Apparently, it's so popular in Sweden it outsells Coca Cola in the holiday season. It has a really nice clove, ginger and cinnamon flavor and pairs very well with this snus. If you're in America and want to try it out, I found a website that will ship it to the US!

If you're a fan of the holidays, and love holiday flavored snus, definitely check this out, and grab a bottle of Julmust to enjoy with it!
Posted by Chad Jones at 12:54 PM