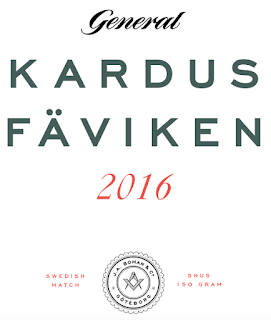 The day is upon us and General Kardus has been released! If you've been reading my blog long, you know I'm a big fan of limited edition Kardus releases. Kardus 2009 was my favorite, but I also reviewed and enjoyed Kardus 2010 and Kardus 2011. In 2014, Swedish Match started a new tradition, releasing their limited edition Kardus products under the General brand. Last year, we saw General Kardus Selection 2015.  If you missed my preview, I'll give a little background before we jump into the review. This year, General Kardus 2016 was made through a collaboration with Swedish chef Magnus Nilsson from the Fäviken Magasinet Restaurant and Hotel located which is located in Northern Sweden.  This year, instead of coming in a box, General Kardus 2016 comes in a cylindrical type package. 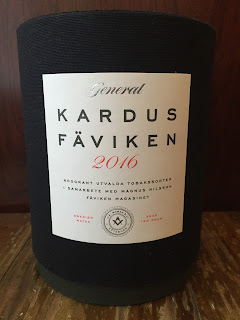 I know a lot of people who read my blog aren't Swedish, so I'm going to do the best I can to translate the packaging so people can see what General Kardus 2016 is all about!

The front of the container says: 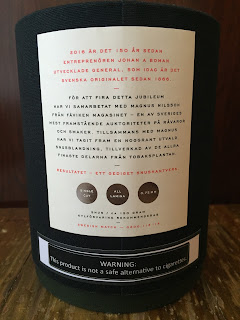 The back of the container says:

"2016 is the 150th anniversary of when entrepreneur Johan A Boman developed General, which today is the Swedish original since 1866.

To celebrate this anniversary we collaborated with Magnus Nilsson from Fäviken Magasinet - one of Sweden's most eminent authorities on the ingredients and flavors. Together with Magnus we have developed a carefully selected blend of snus, made of the finest parts of the tobacco plant.  The result - a genuine craft snus. 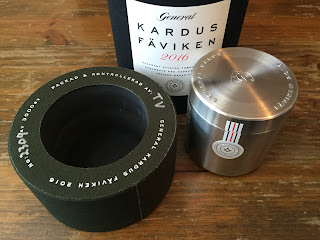 This year's vessel comes in a "hand made" pewter, which is different from last year's vessel which was a gold color.  As with last year, each packaging is hand numbered and initialed.  There was a total of 3,000 General Kardus 2016 made. 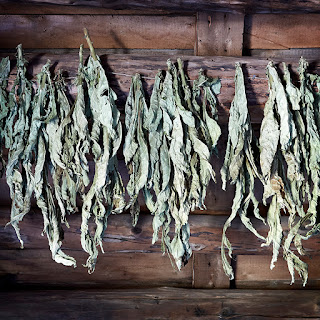 The tobacco that is in General Kardus Fäviken is a specially developed blend which contains tobacco grown in Fäviken as well as tobacco from four different plantations in Argentina, the US, India and Guatemala. The tobacco is then aged in oak casks from the Thorslundskagge cask factory in Högsjö which adds a distinct oak flavor to the snus. There’s a neat video from the cask factory if you’re interested. The flavor profile says, “A carefully balanced snus with a pronounced taste of the oak barrels in which it was aged, along with notes of wild berries and herbs.” This snus is 100% lamina, which means they use the best parts of the tobacco plant - only the leaves and not the stalks. This tobacco is single cut and not ground like traditional Swedish los snus is. It is cut to 0.72mm, which is a very fine cut. They say the optimal flavor is achieved after 8-12 weeks, when the flavor profile changes, so I'll be aging some of this as well and updating this review with my thoughts after the snus ages. 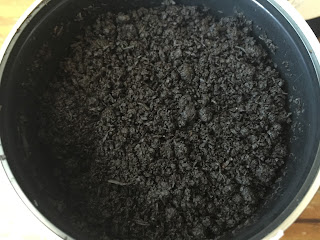 As I mentioned earlier, the grind is much different in this snus than regular los snus.  You can see that instead of being ground, it is a single cut. This cut yields a surface that gives a longer lasting flavor than regular los snus.  The snus is a little over 50% in moisture, and it really makes it feel more soft in the lip.  It's not too drippy, the moisture amount is perfect.

I spent 4 solid days with this snus because I really wanted to form a good impression of it.  I used it almost exclusively over the past 4 days and the longer I used it the more I grew to love it.  When I first put a prilla in my mouth, I noticed a rich, dark tobacco character, a slight oakiness and a mild dried fruit taste.  But the longer I had the prilla in, the more the flavor developed.  A slight, mild smokiness starts to come out, and as the tobacco flavor mellows, the fruit taste comes more to the front and balances well with the tobacco character.  The flavor of lingonberry comes out, which I didn't notice at first, or in the beginning of having a prilla in my mouth.  That was a nice surprise, and something I didn't really expect!  Also, there is a light herbal character that develops the longer you have the prilla in.  It's hard to compare this to anything but the best I can do is to say it reminds me of a blend of Roda Lacket and Goteborg's Rape Lingon without the juniper, and with a more rich tobacco flavor.  The nicotine level felt a little stronger than the average snus, but I wouldn't say it was extra strong, by any means.

This is a great snus, and I hope that many of you had the chance to try it.  I give props to Swedish Match and Magnus Nilsson for their cooperation on this product, and look forward to seeing more limited edition flavors like this one in the future!

They suggest aging this snus for 8-12 weeks, so I'm going to set some aside and revisit this review in 8 weeks and see what my thoughts are on the evolved taste, so I'll update this post in a few months!
Posted by Chad Jones at 12:14 PM