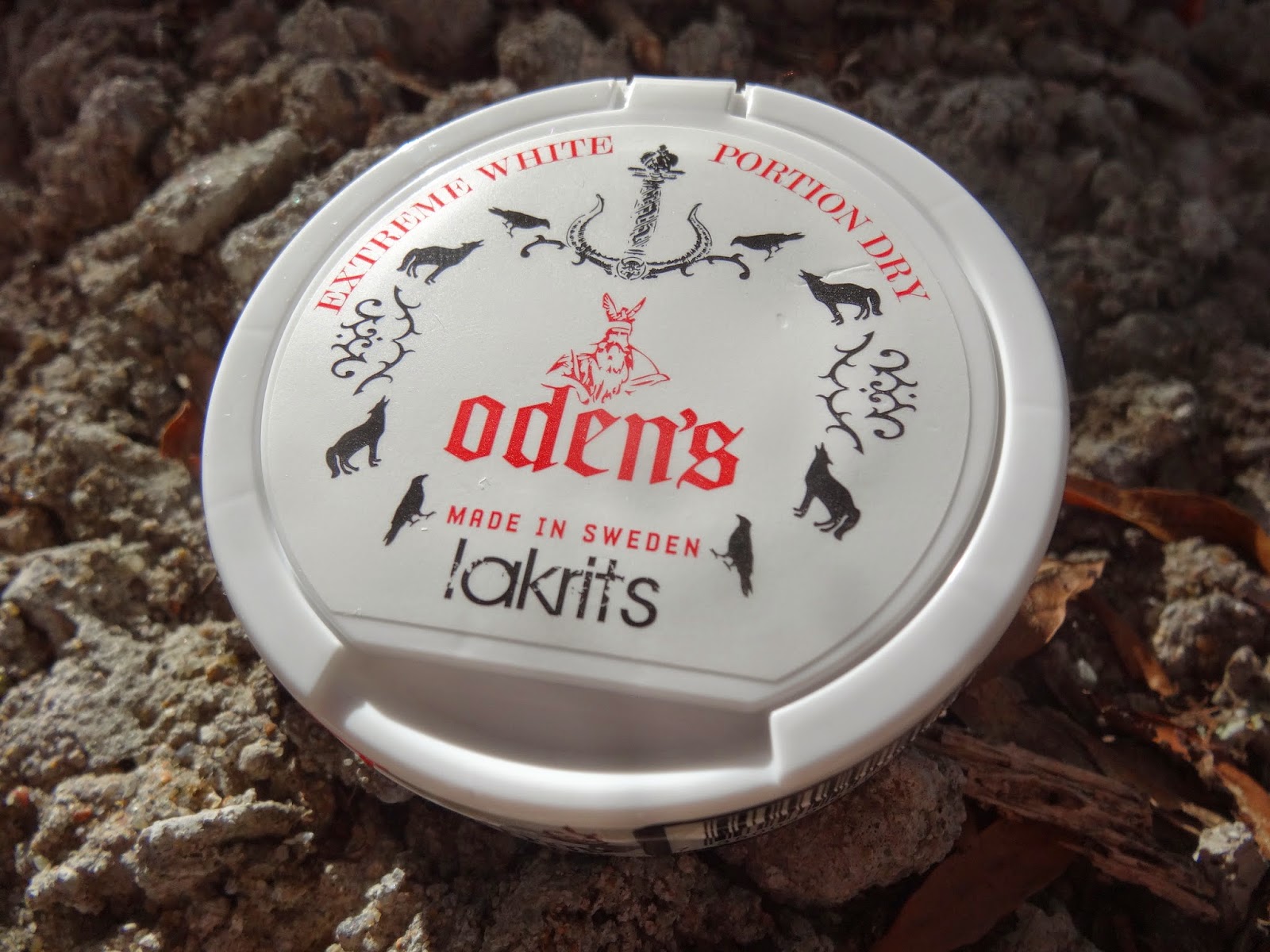 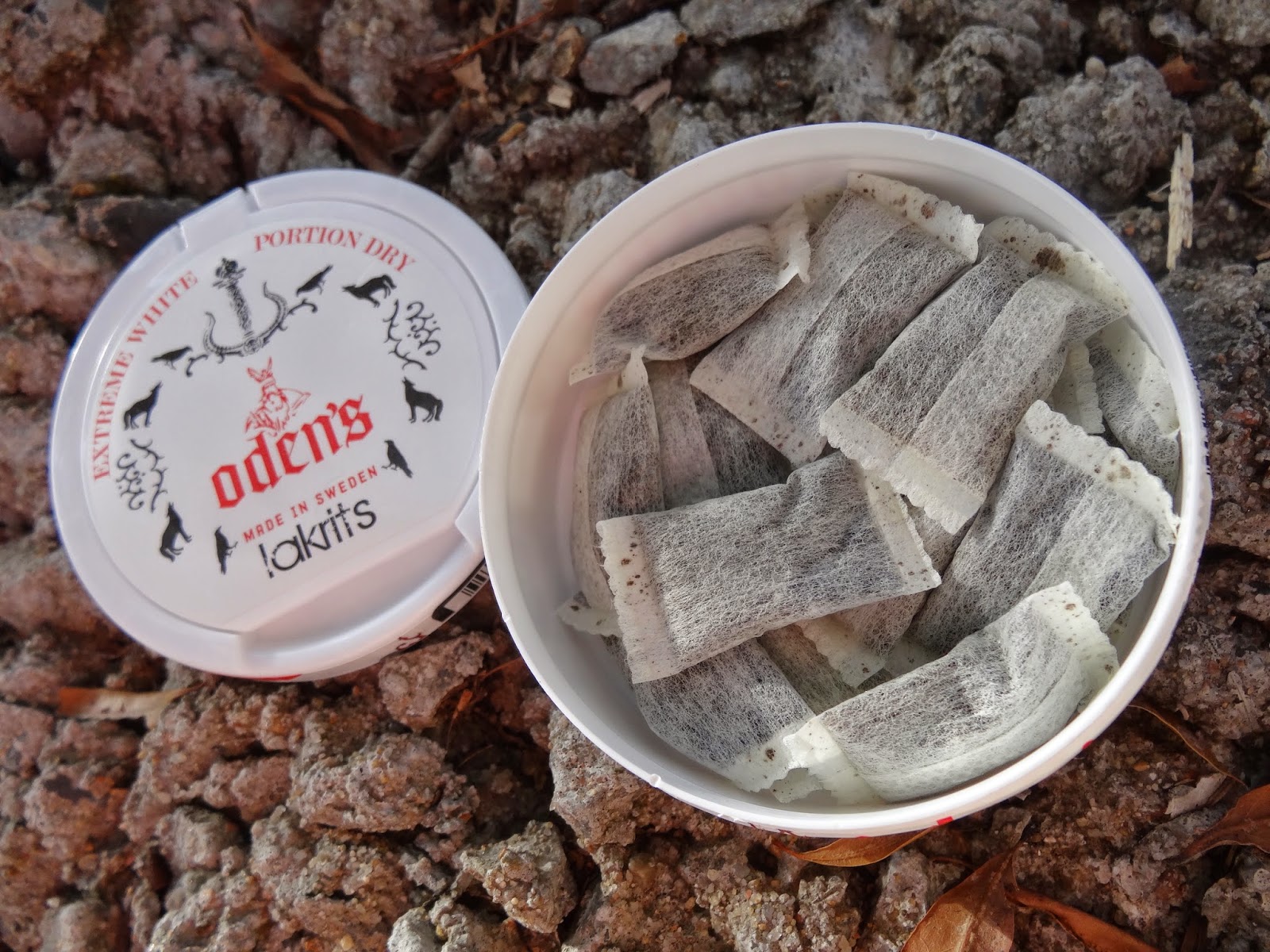 When you open a can of Oden's Lakrits Extreme White Dry the aroma is very distinctly licorice, but it smells like a sweet, black Jelly Belly jelly bean. It's smells great! The portions being "White Dry" are a little bit dryer than a white portion, but not totally lacking moisture. They're quite soft and feel great in the lip! The taste is a straightforward licorice flavor. Like the aroma, it tastes just like a Jelly Belly black jelly bean - slightly sweet but with the flavor of black licorice. It's really flavorful stuff and a snus that I'm a big fan of. Being an Extreme Portion, it comes in at 22mg/g of nicotine, so it's a little stronger than your average snus. If you enjoy the licorice taste, but want in a strong white portion, this is definitely one to pick up.
Posted by Chad Jones at 1:45 PM