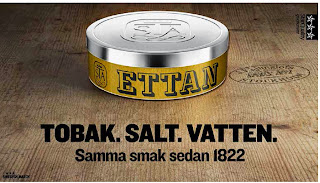 It's that time of year again, and Swedish Match is dropping some news.

First, Ettan Retro is returning. Originally, Ettan and Grov both launched in a throwback to their classic cans with the metal tops, this time around it's just Ettan returning in the retro form. 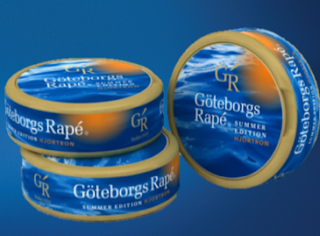 Goteborg's Rape: Summer Edition is returning this year as well. Swedish Match says, "Last year's success! During the summer of 2013 launched Gothenburg Rapé its first limited edition flavor during the concept Summer Edition. The taste Buckthorn was well received by the faithful GR-consumers and the taste is still in demand. The volume of 200 000 boxes sold out over the summer and was a big success - precisely because we want to build on last year's hit! This year's summer news spin on last year's success, Summer Edition with the taste of seabuckthorn. This year Launches GR natural sequel Cloudberry, which marries well with the unique and distinctive original flavor brand has. A fresh snuff, inspired by summer and sea." Here is my review of last year's edition. 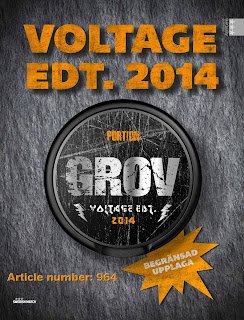 This one I'm excited about, but have no idea what the flavor entails. The only details we have so far is that a new Grov will be launching titled, "Grov Voltage" and it's a limited edition.  Swedish Match doesn't experiment much with the Grov brand, so this is an interesting addition.  The last change they did with this brand was dropping Grov Black and adding Grov Stark.