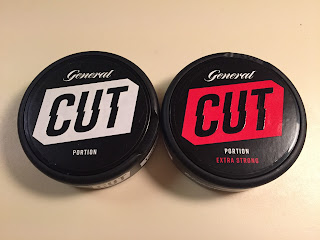 This is a review of the 2017 version produced by Swedish Match. 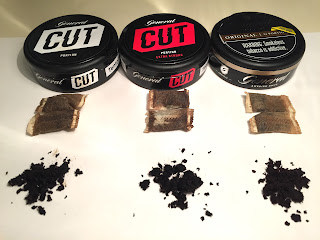 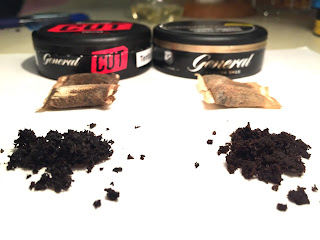 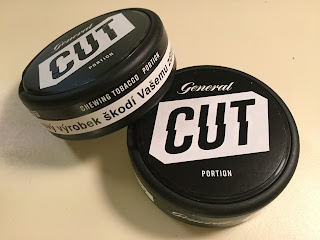 When it comes to General Cut Original, the product description says, “General chewing tobacco, cut into slices and packaged into portions, with spicy flavors of tobacco, bergamot and a hint of tea.”

The can weight is 18 grams and contains 18 portions for 1 gram portions.  The nicotine content is 14mg/g or 1.4%.  That equates to 14mg/g portion or 1.4%/portion.  So, it appears that this one is a strong and not a regular strength product. 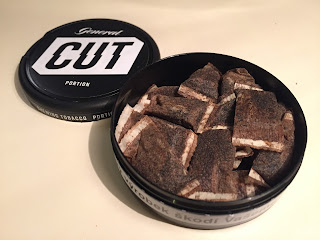 When you open the can, you'll quickly notice how moist the portions are!  The portion material is also very soft to the touch.  The aroma is virtually identical to regular General Snus.  You get an aroma of tobacco, the traditional smell of bergamot, and a little pepper.  The aroma is definitely very present.  When you put a portion in the lip, it feels just like regular snus.  The portions are very moist, which means then flavor is going to release quickly!  The taste is very bold and present.  You'll taste the bergamot right off the bat, much like regular General Snus.  There is also a very present taste of tobacco, some pepper, and a little salt.  I do notice the tobacco taste more in this one than I do with General Snus, but other than that, the flavor is virtually identical.  The nicotine kick feels stronger than regular General Snus, but it's not too strong.  14mg/g will give you an extra kick over then regular nicotine level, but it's not going to knock you out by any means. 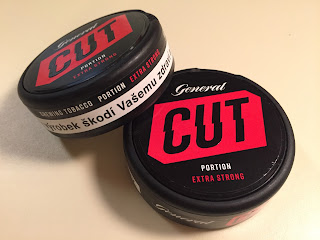 When it comes to General Cut Original - Extra Strong, the product description says, “General chewing tobacco, cut into slices and packaged into portions, powerful, with spicy flavors of tobacco, bergamot and a hint of tea.” 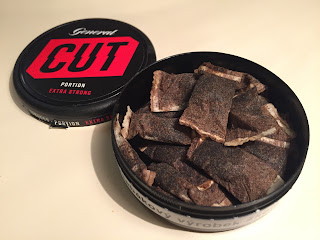 When you open the can, you'll notice that the portions are also quite moist.  One thing I noticed more with the extra strong version is that the portions are a little more inconsistent in terms of moisture, which you can see in one of the photos above.  Some parts of the portions were very moist, some were not.  But that's just a minor nitpick.  When you open the can, the aroma that comes through is the classic General Snus aroma!  You'll notice a present smell of bergamot, an earthy tobacco presence and a touch of pepper.  The taste is very much the same.  The portions are very soft to the touch and feel great in the lip.  There is a present taste of bergamot as soon as you put a portion in the lip.  The earthy tobacco taste is also very present, more present than I notice with regular General Snus.  There is also a hint of pepper.  General Cut Extra Strong is 18mg/g of nicotine but feels quite strong.  I felt a solid nicotine kick from this one!

If you're in the Czech Republic or Denmark and are looking for snus, this is worth a try.  Even though it's branded as "chewing tobacco", I find it to be close enough to snus in all aspects that you won't even notice a difference.  It's well worth checking out!