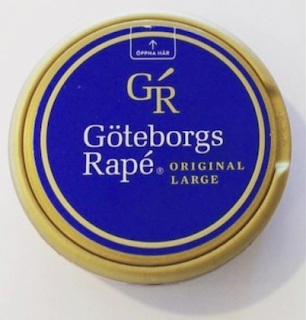 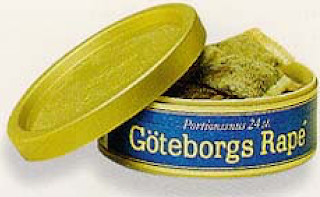 It's interesting to note that this isn't a new product.  This is a returning product that has been absent almost 20 years.  Some of you may remember that Goteborg's Rape White Portion was launched in 1997. Prior to that, Göteborgs Rapé also came in original portion. This photo is rough quality, but it was the only one I could find of an old school GR Original Portion can. If you like looking at old snus cans, this website has some neat images of old school Swedish Match cans, including products no longer produced like Ettan Light, General Light and Tre Ankare (Original Portion). Hopefully Tre will come back in an original portion someday, as well. 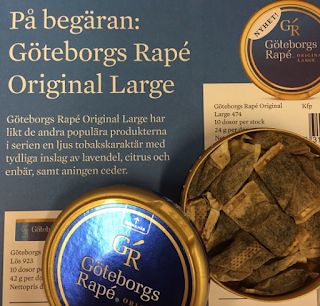 SnusLagret.se posted this photo on Instagram which shows the portions and a little preview of the new product. The ad says GR Original "is similar to the other popular products in the series a light tobacco character with clear hints of lavender, citrus and juniper, and cedar slightly."

We don't have any more details about a release date, but once we know more we'll share the information!
Posted by Chad Jones at 6:59 AM