There's some new Thunder Chew products coming soon that are the same flavors as the Thunder Limited Edition 2014, which we reviewed back in June, 2014. They didn't make the Eucalyptus flavor and added the Raspberry flavor, which has been released as Thunder Raspberry Snus before.  Before we get too much into that, a lot of you may be new to "Thunder Chew".  And you may be asking yourself what it is, so let's talk a little bit about Thunder Chew! 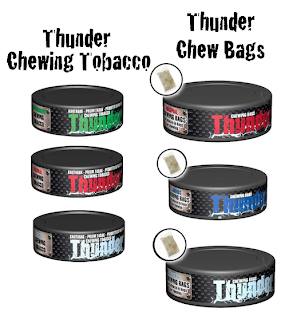 Thunder Chew is a relatively new product from V2 to allow harm reduced tobacco to people who can't purchase snus.  As silly as it may sound, in countries where snus is illegal, chewing tobacco is legal.  I know, I don't get it either.  Thuder Chew comes in two formats - Thunder Chewing Tobacco and Thunder Chew Bags. You can buy it from MrSnuff.com, which is where these product images come from. The flavors you can get it in currently are Thunder Chewing Tobacco, Thunder Frosted Chewing Tobacco, Thunder Frosted Chew Bags, Thunder Licorice Chew Bags, Thunder Original Chewing Tobacco, Thunder Original Chew Bags, and Thunder Wintergreen Chewing Tobacco.  For comparable reviews to those products you can check out our reviews on Thunder Frosted Extra Strong Snus, Thunder Original Extra Strong Snus, Thunder Wintergreen Extra Strong Snus and Offroad Licorice Portion Snus. There isn't a Thunder Licorice Snus produced, so the Offroad Licorice review will be the closest to describing that taste. For more info, Adam Skelland did a detailed review on his SnusCENTRAL Blog and talks about the products, so you can check that out if you want a review of the actual products.  What's the difference between snus and chewing tobacco you may ask?  When it comes to chewing tobacco, it's in a "loose" format.  It's a finer ground product than snus, but has the same harm reduced attributes, so it's just as safe as snus.  When it comes to "chew bags", they resemble snus portions, but are intended for "chewing" so they are in compliance with the law.

From what I've heard, Thunder Chew Bags have been disallowed in certain places, so those people can only by the loose Thunder chewing tobacco. But for those of you who like to have your tobacco in a pouch, or "bag", you can still have it, you just have to make it yourself. One option is XTool. You can buy the X-Tool Portion Maker and X-Tool Portion Bags from Northerner.com or other web stores and make them yourself. I haven't used X-Tool, but I have used Prillan, so I'm sure it's relatively the same product. 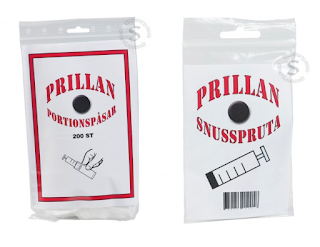 When it comes to Prillan, I have tried that one. You can buy it from Snusory.com. For more info, we reviewed it in the past and did an informative how-to video as well to show you how to use Prillan.  I found it very easy to use!  Use the portion tool to get a gram of snus, put it into an empty portion bag, and use heat to seal it.  Simple as simple can be!

Now, let's talk about these new products!  As I mentioned before, these are the same flavors as the Thunder Snus Limited Edition 2014 minus the Thunder Eucalyptus flavor and adding the Thunder Raspberry flavor. We found these photos via the Snuff-and-More Facebook Page.  I haven't tried the Thunder Chew varieties of these products, but I have tried the snus versions, so I'll share my review of the flavors of each of the snus products as I'm sure it's pretty close to the same. 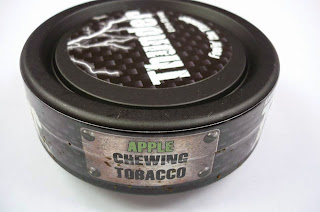 An aroma of fresh apple with a little nutty smell. That carries over to the great taste of this snus. It has a very bold taste of apple - it's a tad sweet, but not overbearingly sweet. The apple flavor is very natural and has a little nutty hint to it. 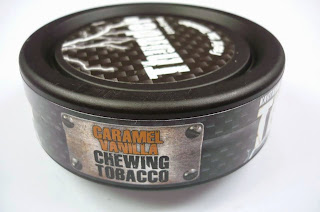 The aroma of this one is a gentle pairing of caramel and vanilla, a little sweet but not too sweet. The flavor is fantastic. The caramel flavor is in the front and the more dominant flavor, with the vanilla mixing in gradually in the back. The two blend together to form a great flavor. 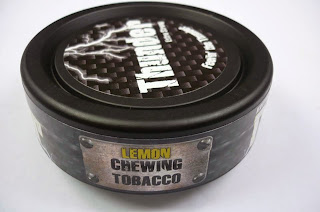 The aroma is a very clear and sharp smell of lemon. The flavor is much the same, a bold but tart taste of lemon with a very mild salt balance. It is, as it name says, lemon flavored. If you're into citrus or bergamot tastes, you'll enjoy this. 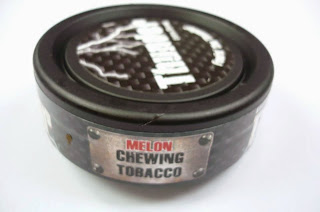 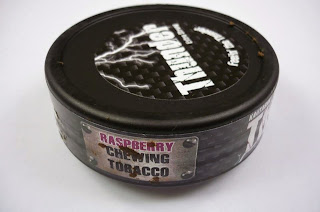 The aroma is a pure and bold raspberry smell, much like a raspberry jam or preserves. The tobacco flavor in this one is more prevalent, as is a taste of pepper. But it mixes very well with the natural raspberry flavor, which thankfully isn't too sweet, and more natural tasting.

I've seen these products for sale at SnuffStore.de and StormSmoker.de.
Posted by Chad Jones at 1:40 PM