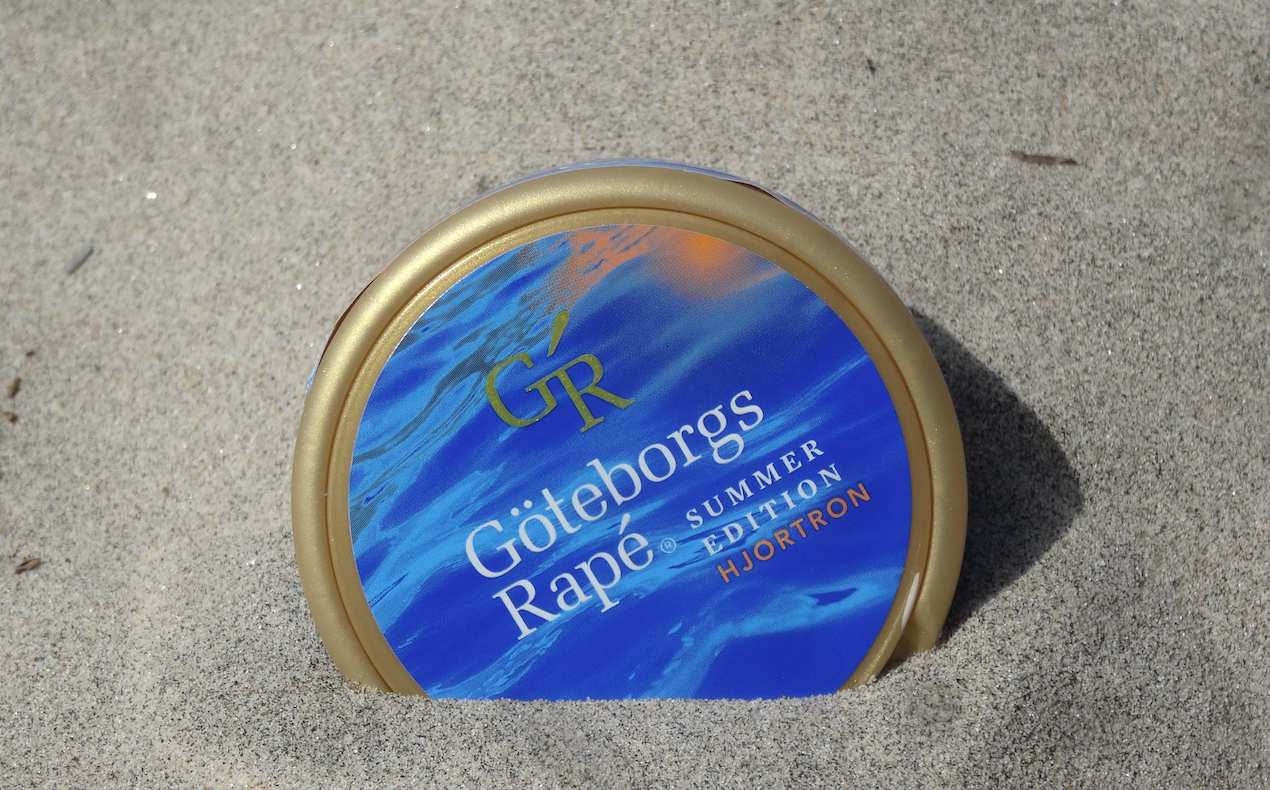 NOTE:  This product was a limited release in 2014.  In 2015 it was brought back as a full time addition to the Goteborg's Rape line.  You can check out this article for the new review!

Last year, I reviewed Goteborg's Rape Summer Edition 2013: Havthorn. This year, for 2014, another Goteborg's Rape Summer Edition is coming, this one called Hjortron. BuySnus describes this year's release as, "This summer's special guest - Göteborgs Rapé Summer Edition 2014 Hjortron! White portion GR´ snus with cloudberry flavor, the taste of summer and the sea! Cloudberries have a sour-sweet flavor which goes along very nicely with the GR´ base flavor, so be surprised!" I wanted to review this sooner, but I got it the day I left for California last week and haven't had a chance to sit down and do it. But after spending the past week with this snus, I really enjoyed using it and couldn't wait to sit down and talk about it! If you're not familiar with Cloudberry, you can read about it here. 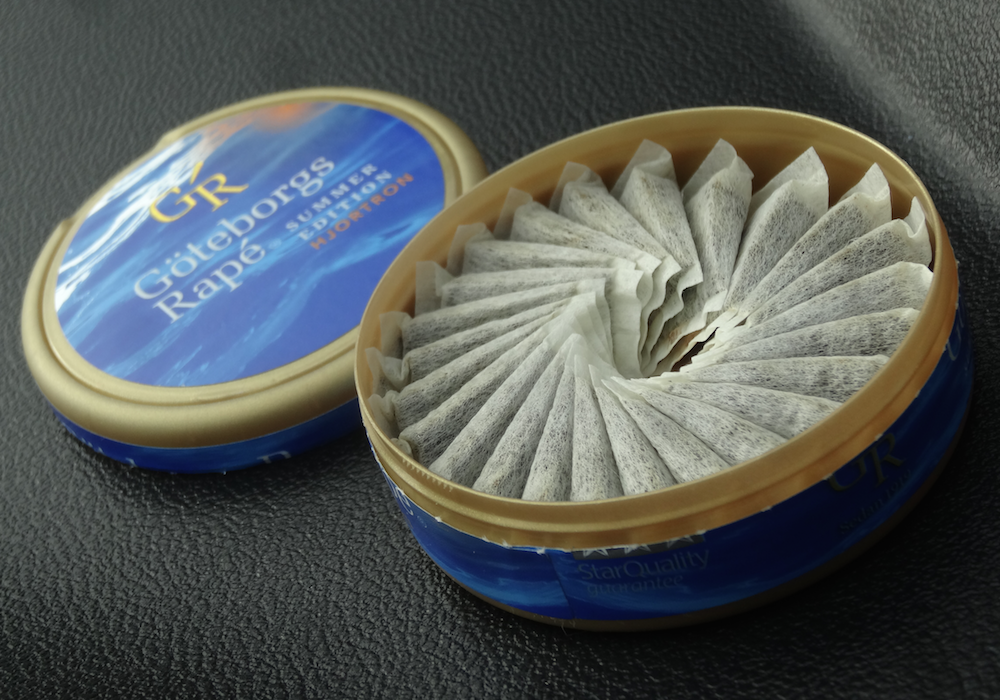 As far as this snus goes - it's a great summer taste. The aroma is a sweet and floral one. The portions are traditional white portions in the Swedish Match star formation. As far as the taste goes - it's a twist on the classic Goteborg's Rape flavor profile. When you taste this snus, you can taste the essence and presence of Goteborg's Rape - the juniper flavor, the herbal/floral notes - but it is blended with this slightly sweet/slightly tart berry taste. It's close to a raspberry flavor, if I had to place it. If you're a fan of GR, or just looking for something new to try out, you'll definitely enjoy this one. 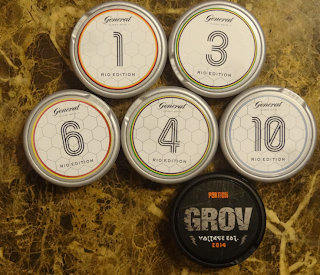 NOTE:  Both of these products were limited edition releases and are no longer for sale.

In other news, there's two other "new" snuses out, also limited editions. Grov Voltage is described as, " Limited edition 2014: A Classic, well-rounded and robust tobacco character with hints of leather but still a certain lightheartedness. The classic Grov snus flavor, now as full-sized 1g-portion with 24g Tobacco weight per can!" General Rio Edition is described as, " General Rio Edition - a very limited edition of General White Portion, coming in numbered cans. There are 11 numbers in total and each roll contains a mix of them, with duplicates being possible." Both are the traditional flavors - Grov Original Portion and General White Portion, but if you're a collector of limited edition cans, these are something you'll want to pick up.
Posted by Chad Jones at 4:56 PM