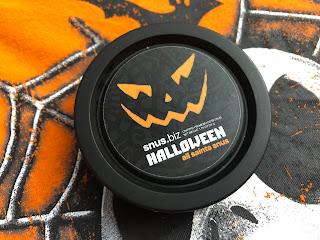 If you aren't familiar with them, Snus.biz is a snus manufacturer in Ukraine, making quality Swedish Snus exclusively in the loose format.  Not only that, but they keep it old school and produce snus the way God intended - in 50 gram cans.  I've been a big fan of their for years now, and have even made some great collaborations with them: Snubie Blood Orange and Goji Berry Lös, Snubie Mr. Bacon Lös, Snubie Bacon and Cheese Lös, and Snubie Cherokee Rose Lös. I've reviewed a lot of their other products, and you can check out those reviews, here. 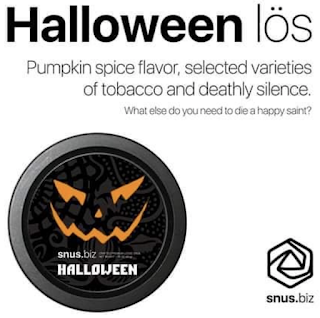 Flavor: “Halloween Lös was aged in pumpkin jam with spices under pressure in an old oak barrel for three months. The tobacco was pasteurized in tandoor, a traditional North Caucasian and Central Asian oven, under strict control of temperature and cooking time.”
Tobacco Used: “Xanthi (also known as the Queen of Tobacco) and Turkish Basma.”
Grind: Combo Grind
Contents: 50g
Nicotine: 15-20mg/g 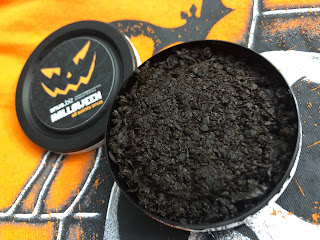 When you open the can, the pumpkin spice aroma is quite present; I immediately pick up tones of cinnamon and nutmeg, with a mild tobacco backing. The loose itself is soft, moist, and has a nice flavor release. The combo grind takes a little learning to get used to when it comes to handbaking, but it’s not too hard. In the flavor profile, the pumpkin spice is present, with tones of cinnamon, nutmeg, and light ginger. The tobacco is a mild, earthy taste, with a little spice to it and a mildly sweet tone. The nicotine feels to be around the strong level, and the flavor lasts about 45-50 minutes on average!  I really enjoyed this one.  I'm a big fan of pumpkin spice, and in my opinion it pairs great with tobacco.  Props to Snus.biz for finally making the elusive pumpkin spice snus!
Posted by Chad Jones at 5:05 PM