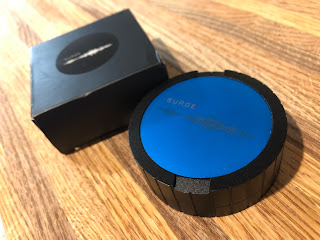 Surge Global has released a new snus accessory can: Vulcan! Earlier this month I reviewed their Svalla Can and Vesuvius Can, and today we're talking about their latest release. This one is an aluminum can, but has a different design on the outside than the other two cans; this one has vertical lines on it.  As with other Surge Global cans, the catch lid is swappable, so if you want to change the way it looks, you can switch out the lids to have a different look.  They have blue, black, and gold! This can costs around £26.00, or about $33.00 USD. So the price is comparable to Icetool cans, for example. 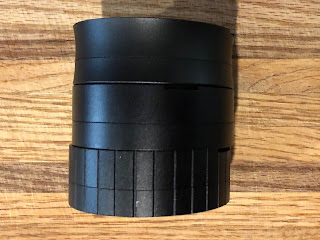 This is a comparison of their three models I've reviewed so far.  On top is the Svalla can, which slightly curves inward toward the center for a better grip.  The middle one, the Vesuvius, is the traditional can design.  The one on the bottom is the new Vulcan can, which has the vertical lines on it.  In case you haven't noticed, the folks at Surge Global have a thing for volcanoes. 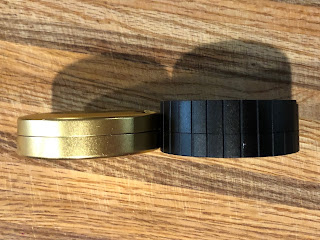 This is the Vulcan can compared to the Icetool "The Can" can, which has a catch lid as well.  The Surge Global can is a little thicker than the Icetool can is. 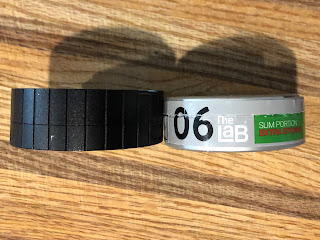 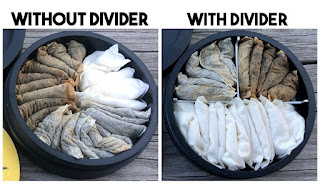 As far as how many portions the Surge can will hold, both with the divider and without the divider will hold 24 portions per can.  It's a tight fit, but it can be done.  The divider accessory costs £12.50, or $16.07 USD, and they are currently sold out of them as of the date of this review.  It may sound pricy, but it's worth it!  Another exciting bit of news:  they now ship to the USA!  International users can still check out Northerner.com to buy these.  As far as my favorite goes, Svalla is still my number one.  But I do love the look of this new Vulcan can, and will be changing out this one and Svalla here and there when I go out and need to only carry a single snus can with me!  Kudos to Surge for making these awesome cans, and being a company that truly listens to consumers!
Posted by Chad Jones at 5:48 PM