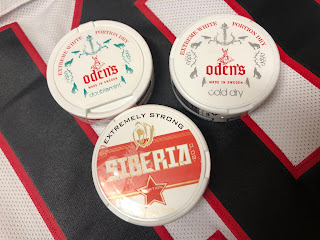 Our friend Jakob in Denmark has passed us some more new chew bags to review, this time some products from GN Tobacco in the Odens and Siberia lineup!  These products are called "chew bags" and distributed via Mac Baren.  If you're not familiar with chew bags or "Nordic Chew", it's basically the same thing as snus but with two differences - the tobacco is cut instead of ground, and the portion has a slightly thicker material so they can technically be "chewed", even though I never do that.  These two small things make these products legal in the EU, while snus itself is not legal.  I know, it makes zero sense.  But I've done a video on it if you want to learn more. 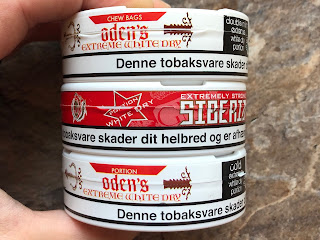 Looking at the cans, however, only the Double Mint one says "chew bags". The bottom of the can says all of these were distributed by Mac Baren, and they were purchased in Denmark, so they're technically "chew bags".  But, when reviewing them, and as I'll note in my reviews below, I honestly did not notice any discernible difference between these products and the Oden's Snus products or Siberia Snus products I've reviewed in the past.  Just throwing that out there. 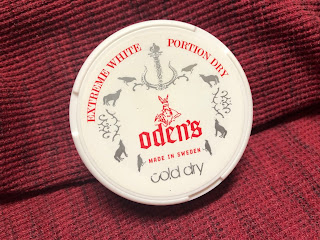 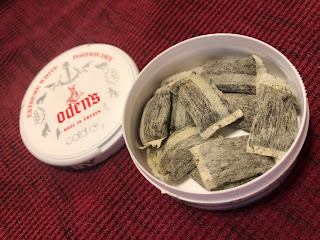 This product seems to be the exact same thing as the Oden's Cold Extreme White Dry Snus. The aroma is a present, mildly sweet smell of spearmint. It's not as sweet as some others, I notice. The portions are pretty soft to the touch, even though they are the white dry type. Once you put one in the lip you'll encounter a nice, mild cooling presence, which is common of most mint products. The flavor is a present but gentle taste of spearmint with a light sweetness, must like the regular Oden's Cold Snus. The nicotine feels to be right around the extra strong level and has a solid kick to it. I find the flavor, on average, lasts up to almost 1.5 hours, a benefit of the white dry format! 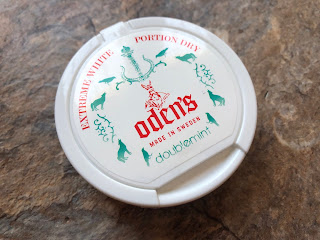 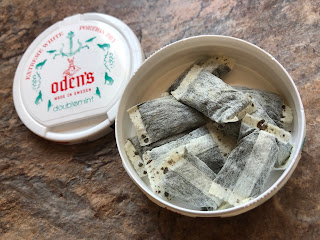 If you've had the Oden's Double Mint Extreme White Dry Snus, this one is identical to that one. The aroma is a mild, lightly sweet mixing of peppermint and menthol.  The portions are soft, even though they are the white dry type.  Like the Cold version, you'll get a mild cooling presence in the lip as well.  The flavor is seems to be a pretty even mix of peppermint and menthol.  The peppermint is mild, and lightly sweet, and the menthol serves as a good balance to it.  The nicotine feels to be firmly at the extra strong level and provides a nice kick.  I find the flavor also lasts up to 1.5 hours on average, thanks to the white dry format of this product. 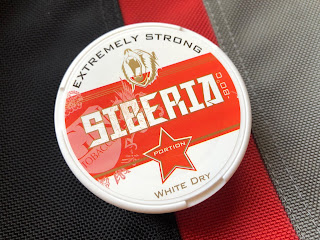 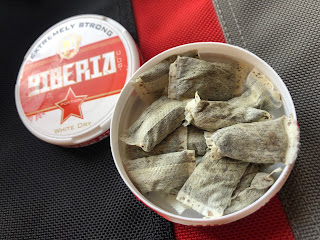 If you've had Siberia Red White Dry Snus before, this one, like the other two, is identical to its snus counterpart. The aroma is a very sharp, focused mint smell that almost burns the nostrils. Don't inhale the smell too hard! The portions are pretty soft, though they are of the white dry category. With this one, I notice a light burn when I put a portion in, which gives way to a cooling presence, as well. The spearmint flavor comes through very clearly, and has a sharp bite to it. There's also a very mild, but dark, tobacco character in the background. Like the snus version, the nicotine hits quick, and it hits hard! I can usually only keep one of these in for about 10-15 minutes. But, since it's a white dry, I imagine you could keep it in for up to 1.5 hours if you're a high octane snus user.

If you're a fan of Oden's or Siberia and you live in Denmark, these products are identical to the snus versions of them.  But, since they are labels as "chew bags", they are legal for you to purchase there.  High nicotine snus fans rejoice!
Posted by Chad Jones at 6:48 PM