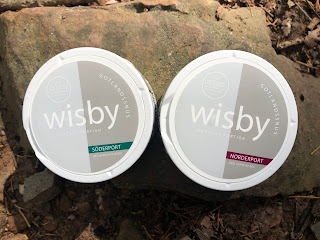 Gotlandssnus has released a brand new line of snus which, for them, is huge. This new line is called Wisby and contains two products - Norderport and Söderport. Shortly before this line was announced, Gotlandssnus discontinued a favorite of mine, Jakobsson's Flader, but thankfully that flavor lives on in Söderport! What's interesting about this one, is that it also is a white portion snus, which is different as Gotlandssnus usually does original portions.
As far as this line goes, this is the description Gotlandssnus gives about Wisby: "At Gotlandssnus, we love our origin. Getting to Visby is an experience, here you will find old and genuinely well preserved, narrow alleys inside the City Wall. Many people have a relationship with the city and memories from here, regardless of the season. The snus Wisby is our tribute to the Visby gate to Gotland and also to our hearts. The names of our new snus, Norderport and Söderport have been inspired by the City Wall and the flavours were inspired from the Gotland flora. The first flavours are rose and elderflower." 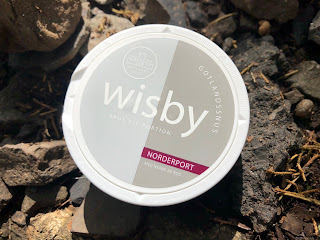 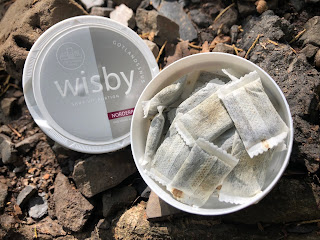 When you open the can, the aroma is a mildly sweet, floral smell. It's very much a rose-like aroma. The portions are soft, and plump. They're a little dryer than the average white portion, but are still comfortable in the lip! The flavor reminds me a lot of the Lundgren's Västkusten snus. The flavor is a gentle floral taste, and comes through in a mildly sweet way. It's very much a rose-like taste. There's also a little herbal taste, and a mild tobacco character. The nicotine strength feels just a touch above regular strength, and I find the flavor lasts about an hour on average! 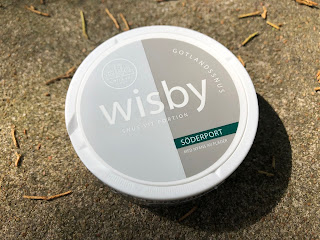 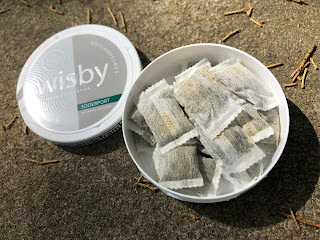 I enjoyed both of these releases and I look forward to seeing what else comes of the Wisby line from Gotlandssnus!
Posted by Chad Jones at 7:20 AM