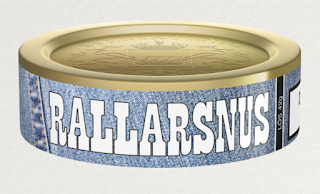 Swedish Match has brought back another classic taste from the dead - Rallarsnus! This was a product made from 1976 to 2006. At the end of last year, Swedish Match brought back Mörkbrunt Lös for a limited period of time, and, from what I've heard, they're going to be resurrecting more of their classic brands in the coming months, as well! This is very exciting news for many of us, myself included, who may have started snusing after many of these products were discontinued. I started using snus in 2009, so I missed this product by only three years. 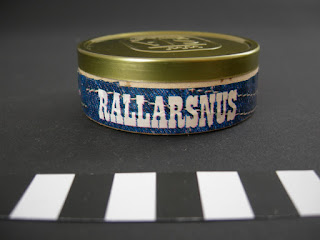 As you can see from the old can design pictured here, the new can looks just like the old one, except it doesn't have the metal STA lid that it had back in the day. Back when it launched, it was priced at 2.15kr, which is $0.23 USD. It costs a little more now! About this product, this is what Swedish Match says about it: "Back after 10 years - After just over 10 years of rest, Rallarsnus is back on the shelves for a limited time. Rallarsnus was launched in 1976 as a snus with a slightly different character. Before Rallarsnus was launched, various name suggestions were tested, including "Sisu" and "Flash and Dunder". Finally, it was "Rallarsnus" that won the greatest appreciation from the consumers and therefore had to name the lightly baked snus." 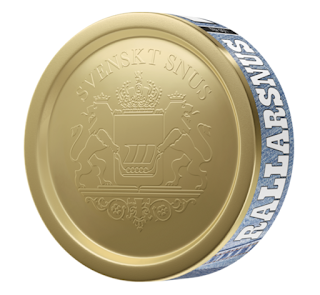 The flavor description for this snus says, "Dark and smoky tobacco character with elements of tar, dried fruit, licorice and herbs." It comes in a 42 gram can with a nicotine content of 7.5mg/g (0.75%).  It is currently only available on the Swedish Match e-store, but I've heard it will be available on SnusCENTRAL.com in a few weeks for consumers in the US.  I have some en route to me currently from a friend in Sweden, so I look forward to visiting this piece of snus history and giving it a review!
Posted by Chad Jones at 7:13 PM