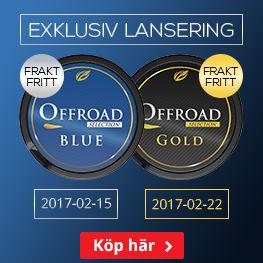 It appears as though V2 Tobacco is releasing two new products under a new "Offroad Selection" label. Via a listing at SnusBolaget.se, we see that they have already released Offroad Blue as of yesterday.  Offroad Selection Gold looks to be released on February 22nd. I originally reviewed Offroad Gold in 2015, however in November of 2016 V2 announced they would be discontinuing it to reformulate the recipe. It looks like this product will more than likely be that reformulation. 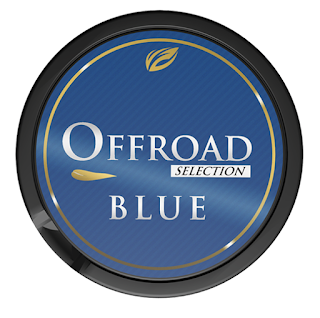 At SnusBolaget, the product description says, "The news Offroad Blue Selection Portion has a flavor that many snus consumers recognize and appreciate. The flavor consists mostly of juniper, which gives the snus a balanced acidity and spiciness. In V2 Tobacco Offroad Selection Series includes Offroad Blue Selection Portion and Offroad Gold Selection Pouches."  When it comes to juniper flavored snus from V2, I haven't been the biggest fan. I didn't really like their Phantom Blue Portion snus, so we will see if I like this one! This product comes in a 12 gram can with 17 portions. That means each portion weighs about 0.66 grams. The nicotine content is 8mg/g (0.8%) or 5.33mg/portion. 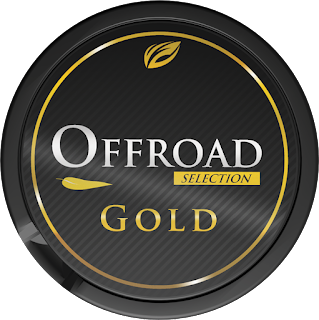 The flavor description for Offroad Gold says, "Classic tobacco taste with hints of bergamotte."This product also comes in a 12 gram can with 17 portions. That means each portion weighs about 0.66 grams. The nicotine content is 8mg/g (0.8%) or 5.33mg/portion.  I will be very interested to compare this one to the old Offroad Gold product!
Posted by Chad Jones at 9:46 AM