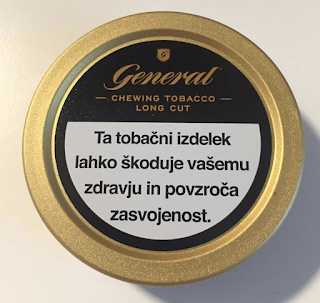 It seems like other countries keep getting more and more awesome snus that we don't have access to here in the US. This is another example of that! In Slovenia, a new General product has appeared on the market: General Chewing Tobacco (Long Cut). I've been writing about snus since 2009, or almost 8 years now. One thing I've heard consistently over the past almost 8 years is people asking for a long cut Swedish Snus, especially amongst snus users here in the US. Well, it appears Swedish Match finally made one, but it's only available in Slovenia.  This product looks as though it comes in one of the General Los type cans sold on the US market, but it says "Chewing Tobacco" and "Long Cut" on the can. 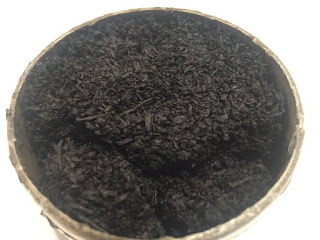 What's interesting about this one is that the tobacco itself is actually cut in the US. So, on any given day, General Long Cut exists in the United States, but we don't have access to it. The product is said to be traditional General flavored, and it comes in a 30 gram can with a nicotine content of 13mg/g.  The cut looks really nice.  It looks much like kardus snus, much like you've probably seen with General Kardus Snus by Swedish Match or Crafted Kardus Snus by AG Snus. V2 actually made Offroad Long Cut Snus years back, as well as Thunder Long Cut. So long cut snus has existed before, it just usually doesn't stick around very long.  So, if you're a snus fan in Slovenia, you're in luck!  If you've tried this product, let us know what you think about it! 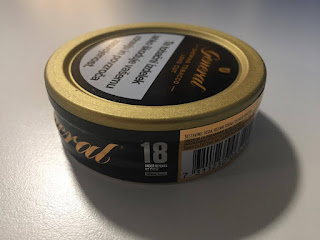 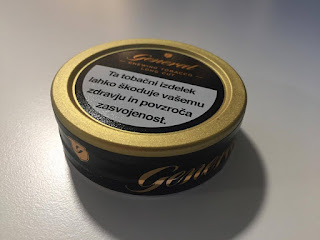