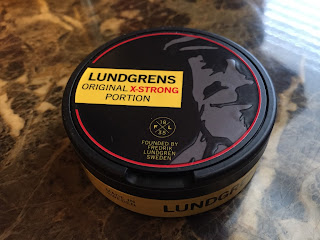 Back in 2014, I reviewed Lundgren's Forbakad, which was a pre-baked los snus. At the time, I found it to be incredibly innovative. In 2015, they launched Lundgren's Forbakad Stark, which was discontinued a little while later. Though it's hard to find Lundgren's Forbakad (regular strength) these days, it is still produced. For those who like los, these products are really neat. It's well packed and no mess los snus! I recently discovered that TabakOnline.ch had begun selling Lundgren's Forbakad as a "chewing tobacco" product, which makes it legal to sell in the EU! They describe it as: "The Lundgren's chewing tobacco is produced in Sweden by Fiedler and Lundgren, who have been producing since 1835.  With Lundgren's new "Lutschtabak", we made an even better product out of two good ideas. It is powerful and full flavor but is as easy to handle as portion snus. How do we do it? With small, preformed portions of the best tobacco that you can enjoy in no time! Lundgrens is a portioned los tobacco that combines the best of the two worlds - full taste like los tobacco and easy to handle as in the pouched version." 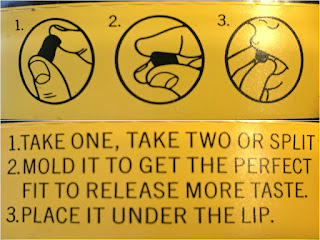 The side of the can contains these instructions.  Honestly, the last time I had it, I didn't even think to do instruction #2.  But this time, when I got the product, I found that I could compress the snus and re-size it to make it fit better in the lip.  I have no idea why I didn't think to do that before.  Even though this is sold as "chewing tobacco", I don't suggest chewing it.  Just use it like regular snus.  Put it under your lip and enjoy! 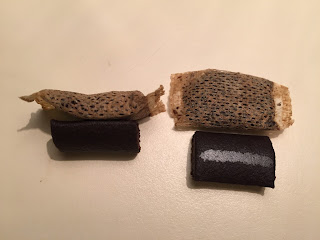 Doing a size comparison with regular Lundgren's Original Portion, you can see that the prilla is about as wise, but not as long.  You can compress it and mold it to where it is as long as a regular portion, but it will be a little slimmer.  There are 20 portions in a can, but I'm not sure about the weight.  They feel to be a gram each or a little less than a gram each.  They are very well compressed and don't break apart too easily! 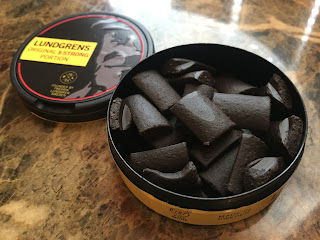 The product description says it has a "strong tobacco flavor. Lundgren's portions are made from 39% tobacco and 61% texturizer".  When you open the can, the aroma that comes through is a predominant tobacco smell with a light herbal hint in the background.  The pre-baked los is very comfortable in the lip, stays together very well, and even comes out in one piece when you are finished!  The tobacco itself is a little saltier than I usually notice with most snus I review, but honestly it isn't that bad.  If you enjoy tobacco centric snus, you will definitely enjoy this product!  The flavor is a straightforward, rich, well rounded tobacco taste.  The longer you have the prilla in the more you'll start to pick out herbal hints in the background.  The herbal hints aren't too bold, but they do compliment the tobacco taste quite well!  If you ever had the original Lundgren's Forbakad before, this tastes virtually identical to that one.  When it comes to nicotine, the kick is pretty strong.  Even though it is listed at 15mg/g, it still delivers a pretty nice kick!

If you're somewhere where you can buy these products, I definitely suggest trying them out.  Forbakad/pre-baked los is a genius concept, and I hope more companies embrace this idea in the future!  As a lover of tobacco centric snus, this is a must try.
Posted by Chad Jones at 12:17 PM