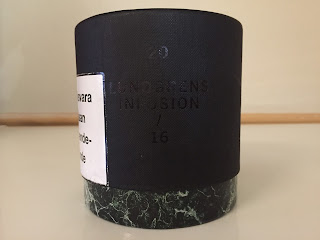 I heard about Lundgren's Infusion about a month ago and didn't think I would be able to get some, but thankfully a friend of mine scored an extra from TopSnus.com and sent me a container for review. Needless to say, I'm quite excited. I've also seen that SnusCENTRAL.com has picked up some, so if you're in the US you can grab some from them. This will probably be a long and in depth review, so strap in and grab your favorite snus and let's talk Lundgren's Infusion. I don't usually do long reviews, but this is the first special snus release from Fiedler and Lundgren since Åhus Anno 2008 so I figured it deserves some extra special attention. The manufacturer/webstore description says, "Lundgrens Infusion Limited Edition white portion snus has a bright and round tobacco character with lavender in the base. The vivid and deep flavor is enhanced by spicy ginger, the Ortiga characteristic aroma of juniper berries and hints of wood and resin from eucalyptus. Comes in an attractive collectible box. Lundgrens Infusion 2016 is limited to 3000 boxes...if you want one, act quickly!" 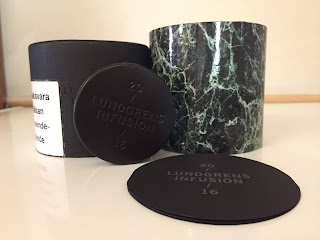 The container for this release is quite nice.  There's a black container that slides over a faux-marble container.  Inside the container itself is a single can of snus and a booklet that gives some background about this product.  This is a 21.8 gram can of snus with 24 portions and a nicotine content of 0.8%.  Or, 8mg/g and 7.27 mg/portion of nicotine.  It also isn't cheap - the price is 18.00 for this can of snus! 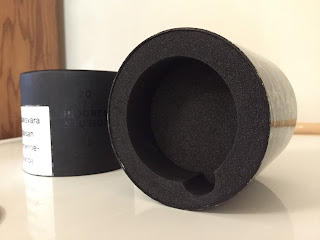 I included this photo because people were asking, "If it's only a can of snus, what is inside that big container?"  Well, nothing really.  There's a soft insert material in there and the can sits in the top of that marble container.  On top of the can you'll find a little booklet that, for some reason, only comes in Swedish.  Now, I know many of our readers speak English and Swedish, so I'm going to show each page of the book in it's original Swedish, and provide the best Swedish to English translation that money can buy!

Note:  Swedish to English translation was actually free via Google Translate.  So if it's rough, blame them. 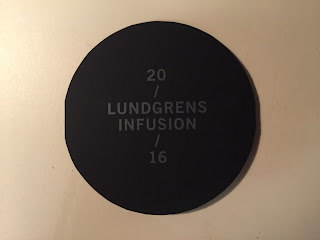 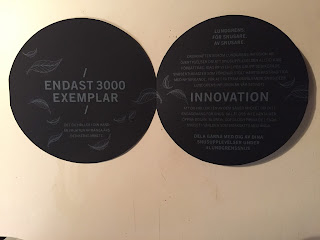 Left Side:
Only 3000 Copies. What you are holding in your hand is the fruit of many years of dedicated work.

The driving force behind Lundgren Infusion is the conviction that snus experience can always be improved. Today, we are a small group of dedicated snus enthusiasts that unites a proud tradition of craftsmanship with innovation, to develop revolutionary ideas. Lundgren Infusion is our latest.

That you are in one of them says a lot about your commitment to snus. So let us not wait for more. Open the box, close your eyes, smell and try the only snus in the world flavored steam. Please share your snus experiences using #LundgrensSnus. 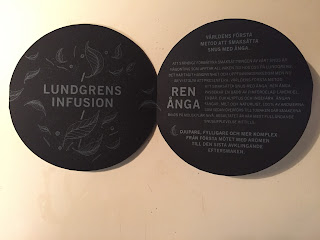 Right Side:
The world's first approach to flavor snus with steam.

To constantly improve the flavor of our snus is something that occupies us all the time awake us at Lundgren's. It has taken dedication and ingenuity, but now we are proud to present: the world's first approach to flavor snus with steam. Pure steam passes through a bed of finely lavender. Juniper, eucalyptus and ginger. The steam captures, mild and natural, 100% of the aromas that are then transferred to the tobacco, where the flavors are tied on molecular level. The result is our most finished snus experience so far:

Deeper, richer and more complex from the first meeting with the aroma to the last decaying aftertaste. 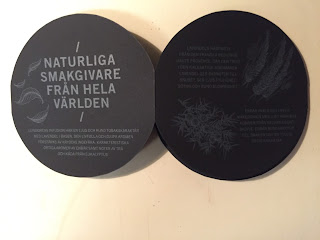 Left Side:
Natural seasonings from around the world

Lundgren's infusion has a bright and round tobacco character with lavender in the base. The vivid and deep flavor is enhanced by spicy ginger, Ortiga characteristic aroma of juniper berries and notes of wood and resin from eucalyptus.

Right Side:
Lavender we collect from the French region of Haute Provence, where it thrives in the man-like soil. Lavender gives the bass note to snuff, gives fullness of light sweetness and round flowers.

Juniper grows wild throughout Macedonia, but for our berries come from the moors around Skopje. Juniper adds deep to the taste and a clear spicy character. 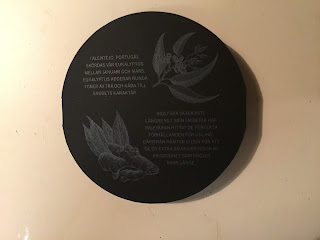 In Alentejo, Portugal harvest our eucalyptus between January and March. Eucalyptus adds round tones of the wood and resin to snuff character.

Ginger beings no longer wild but in Nigeria, ginger found the perfect conditions to give an extra flavor dimension of spiciness that lingers long. 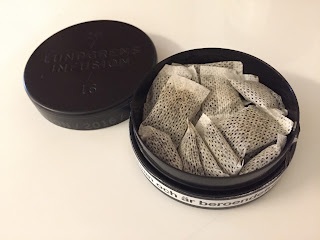 Now that we have discussed background, let's talk more about the snus itself.  The snus comes in a metal can that reminds me a lot of the old Lucky Strike snus cans.  The portions are perforated white portions, which means they have little holes in them to allow the flavor to release quicker.  The portion material itself is also very soft in the lip!

When you open the can, the aroma that come through is quite nice.  One thing I've noticed is that in the past when snus products mention "ginger" or "lavender", you rarely notice it in the taste or aroma.  That isn't a problem with this snus!  You're greeted immediately with a smell of lavender, a blend of ginger and juniper, and a light herbal aroma.  In the background there are also very light aromas of wood.  The flavor develops in a mild way at first.  I notice a light, mild tobacco taste at first, along with the flavors of juniper and lavender.  There is also a slight spiciness in the background, which may be attributed to the ginger, and a light taste of wood in the background that reminds me of oak.  The more the flavors mature and mellow the more the taste settles into a really nice blend of juniper, lavender and mild tobacco character.

Now, the ultimate question, is this snus worth 18.00$ USD?  Well, if you're a hardcore snus fan who loves to try anything new or someone who collects snus memorabilia/limited edition snus cans, absolutely.  If you're a casual or budget conscious snuser, this may not be for you.  But what I can say is that it is a great tasting snus.  If you like Goteborg's Rape, for example, you will love this.  It is a lot like that product but with more lavender in the taste, more wooden notes, and a touch of ginger.  But I love it and I'm glad I got to try it this year!
Posted by Chad Jones at 12:15 PM