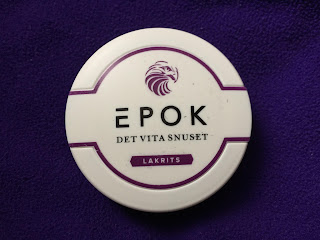 I originally reviewed 8 flavors of Epok Snus back in February of 2015. I put them all into one article because I wasn't sure if these products would be sticking around long or not.  When I originally reviewed the previous 3 products from Epok, I didn't have very high hopes for their new offerings. I previously reviewed Epok Breeze, Epok Pinje and Epok Original, but I wasn't too impressed with those flavors.  However, I was pleasantly surprised with the new offerings from Epok! When it comes to Epok Lakrits, the product description says, "Epok Licorice snus is described as "well balanced between traditional tobacco flavor and licorice, aniseed with hints of herbs." 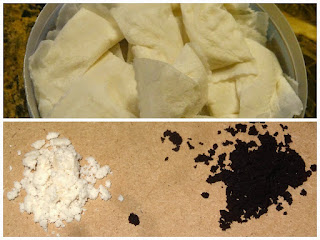 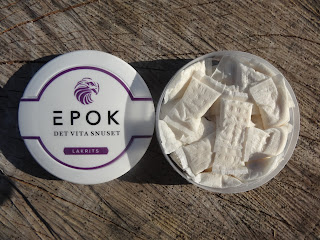 When it comes to the flavor of lakrits (licorice), there's a ton of them out there. I'm not the biggest licorice fan, myself - but I really enjoy General Licorice. It's the only licorice snus I've ever bought multiple rolls of.  That being said, I always try to remain objective when it comes to flavor.  When you open a can of Epok Lakrits, you'll notice the portions are regular size.  The aroma that comes through is of black licorice and pepper with that clean/washed tobacco smell mixed in.  The flavor is interesting.  It has an interesting burn to it, and the flavor of salty black licorice and a hint of pepper.  The white tobacco taste is present, but it surprisingly mixes really well with the licorice flavor.  I found this one to be pretty enjoyable.  I like the way the licorice taste, the spice of the pepper and the white tobacco all blended together.  It's a pretty tasty snus.
Posted by Chad Jones at 9:36 AM