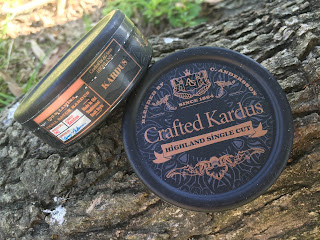 Conny Andersson is back with another snus in partnership with AG Snus: Crafted Kardus: Highland Single Cut. To clarify, this is a single cut version of Crafted Snus Whisky, not a different flavor. I've had people ask me about the name "Kardus", and I did want to clarify that Kardus isn't a brand of snus, it's a type of tobacco, also known as "letter tobacco". The term Kardus has to do with how Swedish Snus was formerly packaged, in paper. I'm not sure why Conny or AG Snus decided to go with this name instead of Crafted Snus Whisky: Single Cut, but that's a little explanation of it.  One thing that is different about this product is the can.  Crafted Snus Whisky in the portion format came in a metal can, these come in a plastic can.  These also have the "small batch" seal on the side, but instead of a sticker it's actually a part of the label.  Before we get into the review, I want to share a little background about what goes into Crafted Snus Whisky and Crafted Kardus: Highland Single Cut. 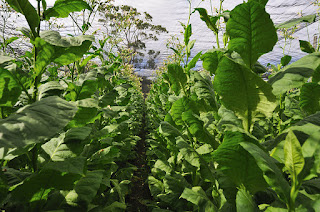 Crated Whisky Snus and Crafted Kardus Highland Single Cut contain a blend of six different 100% Lamina tobaccos, meaning no filler, only full tobacco leaves. In Crafted Snus: Whisky you will find Mata Norte (from Brazil), Latakia and Green River (Amish tobacco from Green River/Pennsylvania, USA). There are also tobaccos from Kurnool (India), Guatemala and Spain. Mata Norte is a cigar tobacco from Brazil that is said to have an intense and sweet taste, along with a nutty rich flavor with hints of roasted/bitter coffee and chocolate. This tobacco was used in the Mellgren’s IPA Snus by Conny Andersson. Latakia is a well known pipe tobacco component that is known to have a smoky/peppery smell along with a wooden, smoky flavor with subtle hints of leather, pepper and anise. Latakia has a strong aroma/taste and is usually used in the tobacco blend. Green River is an Amish tobacco from Pennsylvania. Some of you may remember General Green Harvest, another Conny Andersson creation. This snus used Amish tobacco from Pennsylvania, as well. Some of the other tobaccos you may recognize from past Kardus Snus products by Conny Anderson. Indian Kurnool tobacco was used in Kardus 2008, Spanish tobacco was used in Kardus 2005 and Guatemala tobacco was used in Kardus 2009.  These are tobaccos that Conny has worked with in the past and brought to this snus, as well. The Mata Norte and Latakia tobaccos are aged for two weeks in used whisky barrels from Glenfarclas Distillery, which adds more flavor to the tobaccos.  The difference between this snus and Islay Whisky Snus is that this snus is pasteurized, whereas Islay Whisky Snus is fermented. 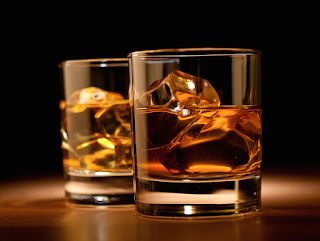 Crafted Snus: Whisky and Crafted Kardus: Highland Single Cut are blended with a single malt whisky from the Scottish Highlands.  Single malt means it was distilled at a single distillery and distilled in a pot still. The whisky is distilled from water and malted barley and does not include the addition of any other cereals. Single malt whisky is made from a “mash” of malted grains. In Scotland, there are four regions recognized by the Scottish Whisky Association - The Highlands, Lowland, Islay and Campbeltown. Whereas Islay Whisky Snus was made with Islay Whisky, this snus is flavored with whisky from The Highlands, hence the name Crafted Kardus: Highland Single Cut. When it comes to scotch, Islay is the smokiest and strongest flavored of single malt scotch. The Highland whisky is more full bodied and has a deeper flavor of peat and smoke. The whisky used in this product comes from Glenfarclas, a Speyside whisky distillery located in Ballindalloch, Scotland that was established in 1836. Their whisky is produced "...in the traditional Speyside style, with a heavy Sherry influence."  Glenfarclas is known for it's smooth, rich flavor with hints of wood, nut, and dried fruit. 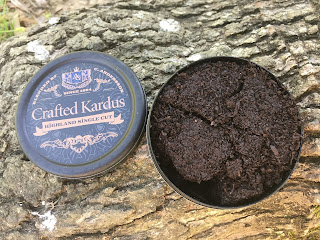 This is a single cut snus, so it's not going to be the same in appearance and feel as regular los snus.  The longer cut provides a better release of flavor.  However, for me at least, it's harder to handbake, so I use an Icetool when I form my prilla.  The snus stays together pretty well in the lip and has a decent amount of moisture for a quick flavor release.  This snus is also a 32 gram can, but not to save money by giving you less tobacco.  Conny explained to me that he didn't want to cram too much tobacco into the can and make it a "hockey puck".  By keeping less tobacco in the can it stays softer and fluffier.

When you open the can, the aroma that comes through is a mild whisky smell with a hint of smoke.  The tobacco aroma is rich and full and very present in the smell along with a slight hint of oak.  The taste is absolutely delicious.  A mild, light whisky flavor greets you immediately with a mellow hint of smoke.  The tobacco flavor is the star, in my opinion.  The blend of 6 tobaccos come through as a rich, flavorful, earthy and well rounded tobacco taste.  There's a slight hint of chocolate in the tobacco and a little bit of spice.  This snus also has a mild wooden flavor that is reminiscent of oak.  The longer you have the snus in the more the whisky flavor mellows out and the tobacco flavor becomes front and center, accompanied by a nutty taste and a little bit of oak.  Absolutely delicious!

If you want to try this snus, a friend of mine sent me a few cans that he got from TopSnus.com. At this time I haven't seen any stores shipping it to the US, unfortunately. But that may change in the future.  But if you're able to get this snus, definitely give it a try!
Posted by Chad Jones at 6:46 PM