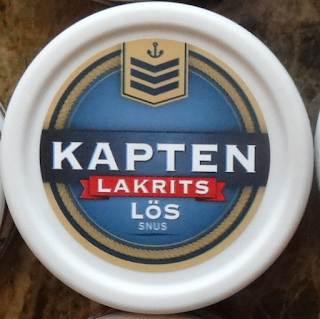 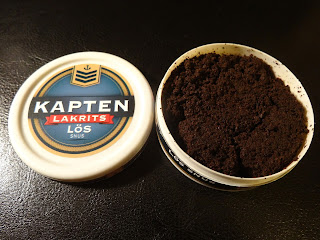 This is my second AG Snus to try in los form, and the grind of this one is very much the same. It's quite fine, so I suggest using an Icetool to put this one together, it's not the easiest to work with.  This snus is described as, "...a loose snus with classic tobacco flavor with hints of licorice." When you open the can, the aroma is more pronounced than the White Portion - it's a balance of black licorice and tobacco. The taste is more bold than the White Portion as well, the flavors of salty black licorice are present, but the tobacco flavor is equally as present and balanced with the licorice taste.
Posted by Chad Jones at 9:38 AM