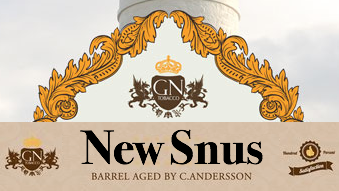 There's 5 new snus products coming under the "By Conny Anderson" label produced via GN Tobacco, and it's very exciting news. Larry from SnusCENTRAL did a long video on it, so if you have time, check that out. This will be the Cliff Notes version. If you've been reading this website for long, you know that Conny and I have known each other for about 4 years now, and I've always been a big fan of his. He has a PHD in taste when it comes to tobacco - no one knows it like him. First, let's talk about Islay. 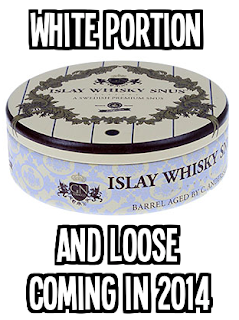 Islay is coming in a White Portion in 2014, for those of you who prefer White to Original Portion. Second, Islay Loose is still coming, tentatively in Summer 2014. Conny has personally selected 12 stores which will house whiskey casks full of the snus, customers will coming in and scoop it into a box, and the store owner will sign the box. Not sure how that will work with online sales, but I'm sure it'll come in a format much like Swedish Match's Ettan Kardus or Grov/Prima/Goteborg's Rape Kardus. As far as Islay goes, that's something to look forward to in 2014. 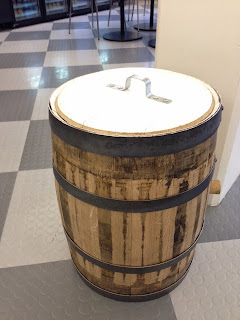 Here's a photo example of the Islay Whisky Loose Barrel, this one courtesy of our friends at Mellgren's in Sweden. 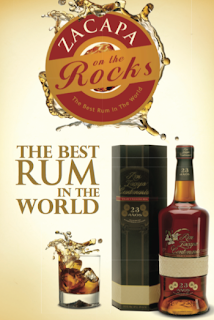 Next is one I'm very excited about. One of the most flavorful, delicious and rich snuses I've ever encountered was Kardus 2009, which Conny was the mastermind behind. So when I heard that a new rum based snus would be coming under the Conny Andersson label, I about had a heart attack.

It's called Carmencita. This one is Rum based using Zacapa Rum and is flavored with hints of dark chocolate from the Caribbean. This snus will pair black sweet San Andres maduro tobacco from Mexico with Ometepe tobacco from Nicaragua, which has a strong taste of nectar. This one is also barrel aged in barrels from Nicaragua. For the can, one of Sweden’s top and most talented tattoo artists is designing the can graphics. Conny describes it as a "...sensual, smart,...... product."

In addition to that, we may see two more “By Conny Andersson” snuses coming in 2014-2015. One is whisky based, the other is not.