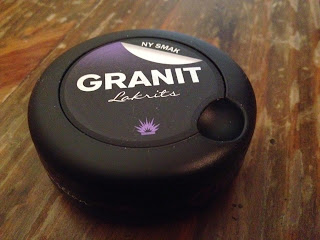 These products have been discontinued and are no longer for sale.

Granit recently added a new licorice flavor to their portfolio, Granit Lakrits Vit (White). Though I'm not the biggest fan of licorice, I gave it a spin and picked up a can from Northerner.com. The flavor description is "Granit Licorice is a snus with a nice tobacco taste and a good touch of licorice." 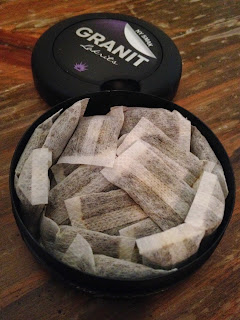 The aroma is a very candy-like licorice smell, much like a black Jelly Belly. The taste isn't bad, it's not the worst licorice snus I've had. It's a very mellow and mild flavor of black licorice with a little salt in the back. Granted, I'm not the biggest licorice fan, I have been using a lot of General Licorice lately, which is the best tasting licorice snus I've encountered yet. If I had to pick a licorice snus, I'd stick with the General version. This one is okay, but it's not great. 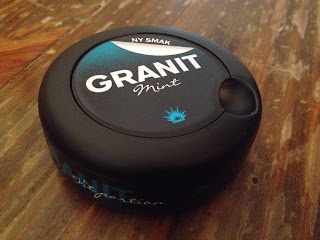 As is common in the snus world, there has to be an insane amount of mint snuses available. Granit has recently added one to their profile, Granit Mint Vit (White). The flavor is described as "Granit Mint is a snus with a fresh mint flavor and a little light tobacco flavor in the background." I recently picked up a can from Northerner.com and decided to give it a try. 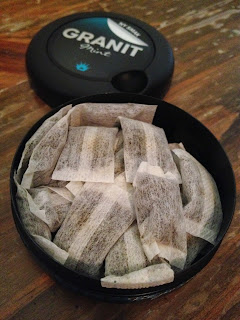 When you open the can, a very subdued aroma of peppermint comes through. The flavor isn't that impressive. It reminds me a lot of licking an envelope that has a mint flavor to it. It's a very artificial taste of peppermint. I couldn't get into this one, especially when there's so many mint snuses out there that taste better, I would rather go for one of them, like General Mint or Catch Spearmint White Long Slim.
Posted by Chad Jones at 2:01 PM