The wait is over, meet General Variation. 1 January 2014.

20 January 2014 Update: Our review is now available to read!

Today is the day, and as it is officially 12:00am January 1st, 2014 in Sweden, I'm ready to share some very exciting news. "General Variation", I know, it's a very basic name, but follow me, you're going to dig this. I love General Snus, the majority of what I use is Swedish Match snus, but particularly General. And no, I don't get paid to say that, that's just what I like. Sometimes, however, I find myself wanting something different, but I don't wanna stray too far from the quality I enjoy and expect from a quality snus. That's where General Variation comes in. 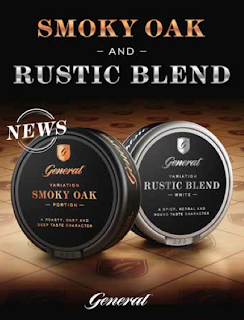 Swedish Match describes General Variation as, "…a new snus series with focus on sophisticated taste characters that truly signify indulgence. Based on Johan A Boman’s original General recipe from 1866 the products bring new exciting taste characters to the world of snus, while still being true to our heritage and cultural foundation. A tasteful evolution of the original Swedish snus. General Variation – a series of tasteful varieties from the original Swedish snus." 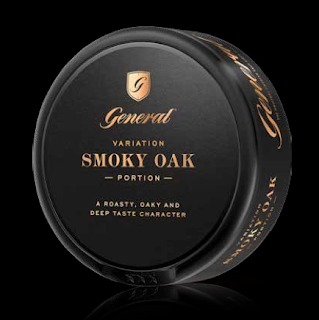 General Variation: Smokey Oak (Portion) is described as, "Full-bodied and rich tobacco character with notes of tar, pipe tobacco, bonfire and oak. Subtle hints of bergamot and leather. Inspired by the meticulous craftsmanship and aging process of malt whiskies this original portion features a complex and intriguing taste reminiscing of tar and oak casks. A full-bodied and intense character for those that seek to indulge in a bold yet refined alternative." 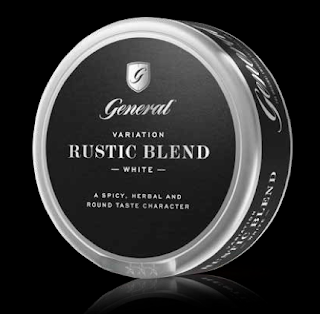 General Variation: Rustic Blend (White) is described as, "Full-bodied and spicy tobacco character with notes of dried herbs, citrus and pepper. Subtle hints of resin and rosemary. A sophisticated blend of full-bodied tobacco layered with peppery herbal notes and hints of citrus sets the mood for this spicy yet smooth character, making it a great choice for those who seek a rustic version of General’s classic white portion." 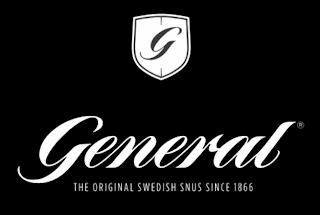 This is something I've been very excited about for a long time and couldn't wait to share. I was bummed to see no Kardus release this year, but very excited to hear about General Variation. I look at this in the same vein as General Onyx, adding a more premium General Snus to the General Snus range. This is something to get excited about, it's not just another "new snus", this is a "new premium snus", and in this day and age of people going more and more towards value and price and getting away from quality, it's nice to see that quality is still a focus.  Look for General Variation to come Week 4 of 2014.
Posted by Chad Jones at 3:00 PM