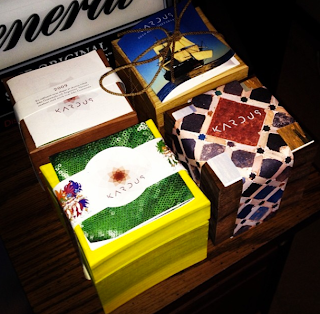 I've been a little bummed lately. Usually, this is my favorite time of the year for snus. 2009, 2010, 2011, and 2012 were all great years due to the fact that we were getting closer and closer to the release of Swedish Match's Kardus Snus. I recently found out there wouldn't be a Kardus in 2013, so I've been a little down.....

....until I found out some more news recently about why there wouldn't be a Kardus this year, and needless to say, I'm not bummed anymore. Something is coming, and it's probably the most exciting news from Swedish Match in a very long time.  So get ready, it's coming.  And I promise, it's worth sacrificing this years Kardus for. (That's not to say Kardus won't be back in 2014, it just won't be here in 2013). The news is coming New Years Day, so let the countdown begin!