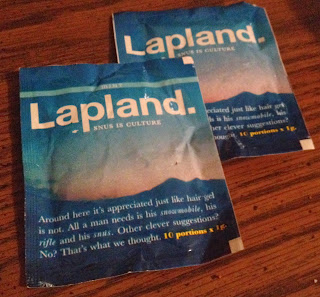 So, I had these new snuses show in the mail today in the old style Discreet Snus pouches. Lapland and Telemark, which as far as I can tell, are Northerner brands. The Lapland says on the pouch, "Around here it's appreciated just like hair gel is not. All a man needs is his snowmobile, his rifle, and his snus. Other clever suggestinos? No? That's what we thought." I don't know much about who makes this other than "T and L Independent Co.". 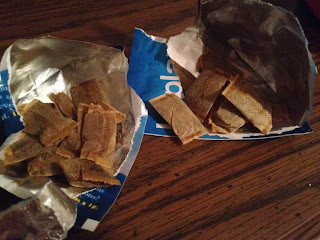 The portions look a lot like regular snus portions, not purified portions, so I'm assuming this isn't a house brand. The original portion has the classic Swedish Snus smell of citrus, and a predominantly peppery flavor with a little citrus hint and a little floral flavor mixed in. The closest thing I can think of as far as the flavor matching is Kapten. It's a very budget tasting snus, the flavor doesn't stand out much or last too terribly long. The mint has a very sharp peppermint aroma like Colgate Mint Toothpaste and the snus itself gives you a little tingle in the lip. The flavor also reminds me a lot of mint toothpaste. It's not that bad, but there are much better mint snuses out there. It's a little like Olde Viking Spearmint. 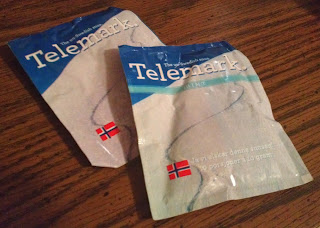 The pouch for Telemark calls these "The Un-Snus". The Telemark Original smells and tastes virtually the same as the Lapland. The mint snus is a little bit different in that the mint aroma isn't as sharp, but the aroma and the taste still reminds me of Mint Colgate Toothpaste. 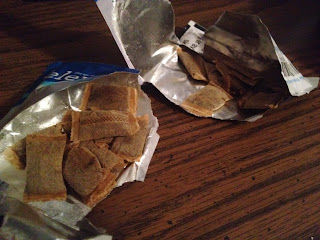 I don't know much about these snuses - how they'll be marketed or where they'll be sold, but as far as online - there are much better snuses out there than these. Why anybody would put snus in a bag when it could be put into a can is beyond me. I assume it's a freshness factor, but who knows.  They do have an expiration date of one years.  The bags are being listed as "environmentally friendly", as well.

Also, don't fluff these, if you roll them around too much they come open at the ends.
Posted by Chad Jones at 6:33 PM