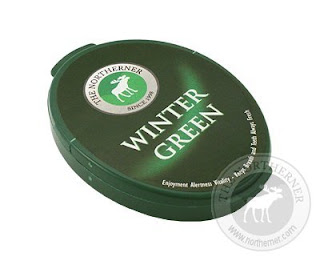 Looks like the Northerner folks have decided to keep around the wintegreen purified snus after all. Northerner Wintergreen is now for sale, instead of what it was formerly called, Volcano/Iceland snus, which was a short lived novelty product from TillCe. I got a can from the kind folks over at TillCe and got to check it out and though I don't like their Oomph product, this stuff was kind of interested. Dry portions, it takes a little pre-wetting, but the wintergreen flavor was really light, it wasn't too bad. Not sure if they changed the recipe or not. 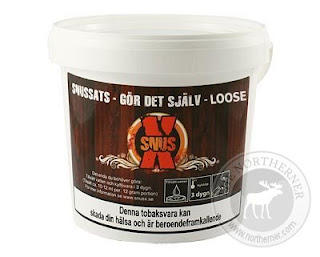 Finally, the V2 SnusX los kit is available at Northerner! This is something I've been looking forward to for quite a while! If you followed our adventure into SnusX (Portions) on Day 1, Day 2, and Day 3, you can see how easy it was to make your own snus with this kit. Now they have brought forth a make your own los kit which is just as cool for those who like los! When we visited Sweden a few weeks ago, part of our trip included a visit to Swedish Match, and one of those days we got to make our own snus, which just so happened to be los - and I can assure you, flavoring los is much easier than flavoring portions, so this may make this kit more approachable to people. It's a lot of fun!

Also, if you check out BuySnus, they have the GR Headphones now, when you order 20 cans of Goteborg's Rape. These are actually pretty sweet, they have a really great sound quality and are definitely worth it if you're a GR fan. these are a great added perk if you're making a big snus order. I dig the GR swag, if you had a chance earlier to get the laptop bag you'll agree - I've been using mine since I got it. It's pretty classy. Also, if you weren't aware, we keep up to date snus specials at Snubie.com in our Deals area, so if you're looking for the most up to date specials, check it out and you can see what's going on in the world o' snus.

Also, if you're following the snus and legal topic, Larry over at SnusCENTRAL posted an update article today about the snus prices on the rise topic. Also, remember, on June 22nd, the Tobacco Control Act from the FDA goes into effect which prevents companies who haven't registered with the FDA from shipping their products to the US. From the SnusOn Snus Community, Frank from Northerner reported that JTI has asked them to stop shipping products to the US - so fans of LD and Gustavus (myself included) are seeing the last days of their beloved products, and I suspect other companeis not registered with the FDA will follow suit soon. Also, the PACT ACT goes into effect July 1st as the PACT Law, so those who are stocking up - keep it going, you've got a few weeks left for your freakouts, I already had mine. After that, the terms of buying snus change. 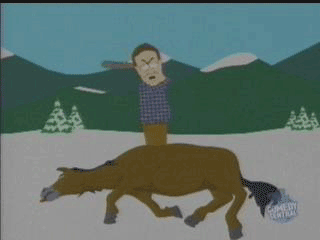 I won't go too much into the PACT Act, we beat that horse here, here, here, here and so on and so forth. All I can say is that I've accepted it, I'm no longer freaking out, and I'm moving on. Like I said before, it's not the end of the world, we can still get snus, and it's worth paying a little more for. So I'm not really going to waste any more time worrying about this thing. I'm not sure what precautions other stores have taken, but Northerner has not been silent about it, they've made it very clear that they are going to follow all regulations set forth by the PACT Act and the FDA, SnusCENTRAL.com has also mentioned the same, so I know of at least 2 stores that are going to fall in line. It will be interested to see who all is around and how all this will pan out at the end of this adjustment period.
Posted by Chad Jones at 8:20 AM