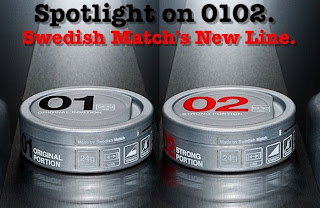 Over the past few days, I've spent alot of time with Swedish Match's new product, the 0102 Snus. I wanted to give it a fair shake, and see what it was truly all about. I compared it to various other types of snus, and in the end I found that 0102 is a truly unique line, and something I believe is going to shake up the snus world. Here's my review of 0102, the new line of snus from Swedish Match.

When I first came over to Swedish Snus from Camel "SNUS" (American), one of the things, well...the only thing, really, I missed about Camel "SNUS" was the portion. It was a long, thin bag, and fit comfortably in the lip. I have yet to find that in a Swedish Snus until today. Sure, there have been many that were comfortable as portions - Skruf and Offroad have been known to have some comfortable portions. But 0102 takes the cake.

To put it into perspective, I put 0102 (for size comparison ONLY) up against some products you're familiar with. From left to right, Camel Mellow, 01, 02, and Offroad Cranberry. As you can see from the size comparison, 0102 is about the same size as a Camel Mellow portion. I was very excited about this, because the only thing I liked about the American Camel variety was their portion size and how comfortable it was. You can see it's slightly smaller in width than the regular snus size. 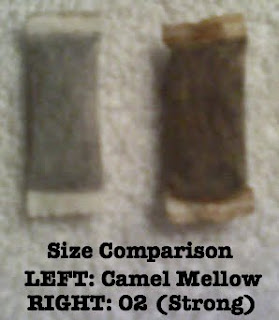 A close up, comparing 0102 (right) to the size of Camel Mellow (left). And that's where the comparisons end. Because Swedish Match has created a truly unique product. Remember, the product description for 0102 is "[A] balanced round and natural tobacco taste with notes of green herbs, oak and ceder with a slight hint of nuts." And they really hit the nail on the head with the description. From the moment the can is open, until the portion was removed from my mouth, I have never tasted a more natural snus. I am a huge fan of Gotland's Green. Reason being, it tastes natural. But 0102 takes that farther. When I opened the can, I was immediately greeted with a very earthy smell. Not like the smell of dirt, if that's what you were thinking. But the smell of nature. I remember going on nature hikes as a child when I was in the Boy Scouts, and one thing I always loved was the crisp, cool, natural smell that filled my nose on those long hikes. It was my favorite part. 0102 has captured that smell, that feeling, and put it into a snus. The portion, oh my, the portion. Looking at it next to a Camel Mellow, I knew it would be comfortable, but it's way more comfortable than the American Camel. The snus is more fluffy, the portion bag more comfortable, and it fits just right in the lip. 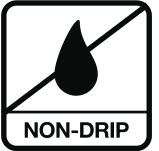 Before I talk about the flavor, 0102 has something interesting on the label. "Non Drip". This may worry alot of people, but I want to put those fears to rest. It is true, everytime I used a 0102 portion, I did not experience drip. I don't know how they did it, but the guys at Swedish Match did it. I've never been a big fan of the drip, but it was something I got used to. That being said, Non Drip does not mean the snus is dry. The portion stays moist the whole time. I can't explain it, but it just works. And it's great. The flavor stays strong the whole time, and the new Non Drip formula does not hinder the quality taste that 0102 has.

Alright, enough about all that. I try to keep my reviews simple, but 0102 has so much going for it, it's hard not to explore every great, new thing that this snus has. One last note before I talk about the flavor, the can is really cool. I mean REALLY cool. Out of every snus can I have, it's got the most cool points. 1847 has a cool can, as does Lucky Strike, but 0102 is just plain gorgeous. Couldn't explain it any other way. Ok, so how does it taste? Great. 0102 has a very natural, earthy flavor. There are so many flavors blending in this snus that you would think it would taste very complex, but in fact, it doesn't. They all mesh so well together. The mellow tobacco, the subtle flavor of herbs, the hints of nuts and cedar (trust me, you'll be able to pick these apart and seperate the various tastes after using a few portions), and a mild salt balance. From start to finish, the flavor stays strong and enjoyable, and although there is no drip, 0102 is not lacking in the flavor department. If anything, it's stronger than alot of products I've tried. After smelling a portion, and having one in my mouth, I can close my eyes and relax, and memories of those long nature hikes come back to me. Swedish Match truly does bottle up that "natural" flavor and put it into their new snus line.

Going into 0102, my expectations were set high. After reading about it, viewing the images, and discussing it with fellow snusers, I went into it knowing I was going to put 0102 to the test. And in the end, it didn't dissapoint. The complex flavors blended to form a simple flavor. The portion didn't drip, but stayed most the whole time. The snus was comfortable, better than Camel's portion, which I have always praised for it's superior comfort. (even if that's the only good thing I could say about Camel "SNUS", it was one of it's greatest attributes I'm glad was finally brought to the Swedish Snus world). And comparing it to Gotland's Green? It's in a whole 'nother league. 0102 is completely unique in it's own right, but fits into the Swedish Snus world as not only a newcomer, but also an innovator, bringing new ideas to the table, but never forgetting where it came from, and still presenting the great quality that Swedish Match products are known for. And just a note, both portions did have an immediate nicotine hit, within the first few minutes. The 02 portion (Strong) had a stronger one, and it lasted quite a while. But 01 is definitely no light weight, it packs a great punch, itself.

Should you try 0102? Of course. It's a great new, and very innovative, product. BuySnus is taking preorders for it at a href=http://www.buysnus.com/snus-info.aspx?page=01-02-snus&id=9 for it's 5 October 09 release date. You won't be dissapointed. I know I wasn't!
Posted by Chad Jones at 3:23 PM