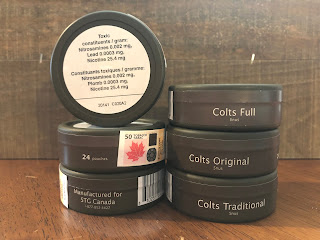 I've seen this snus posted a few times on the Snus Reddit, and I've had a few requests for reviews of it. Through the Snubie Network, I was able to fenagle some of these for review.  Colts Snus is produced by STG (Scandinavian Tobacco Group) which is headquartered in Denmark, and sold in Canada.  If you're not familiar with the name, Colts is a cigar brand developed for the Canadian market.  The name was applied to this snus product.  I'm not sure where STG produces this snus, but their description says, "Introducing three variants of premium quality snus. When traditional Scandinavian know how meets an established brand." 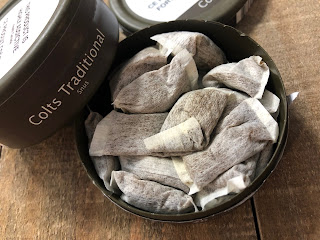 Review:
When you open the can, the aroma of bergamot greets you along with a peppery touch in the background.  The portions are quite soft to the touch, and feel nice and plump under the lip.  The pepper flavor is pretty up front, along with a mild tobacco character in the background.  The bergamot flavor is tart, and pretty mild.  In terms of nicotine strength, it has a pretty good kick; it feels to be a little below the extra strong level.  The flavor, generally, lasts about 50-55 minutes on average. 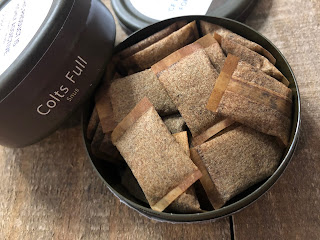 Review:
When you open the can, the aroma is a present smell of citrus with a light touch of pepper in the background.  The portions are moist, but not overly moist.  They have a pretty quick release of flavor when you put one in.  In the flavor profile, the citrus taste is pretty present.  It has a nice peppery tinge to it.  The tobacco taste is in the background, and comes through in a mild, earthy way.  The nicotine strength on this one feels to be between strong and extra strong.  The flavor, on average, lasts about 40-45 minutes. 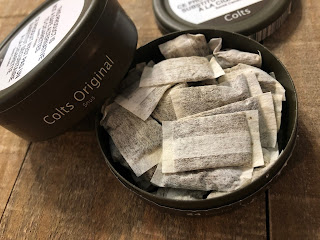 Review:
When you open the can, the aroma that comes through is pretty mild.  The bergamot smell is light, and airy.  It's accompanied by a mild touch of pepper in the background.  The portion material is soft to the touch, and they feel pretty comfortable under the lip.  The taste is a gentle taste of citrus.  The tobacco flavor is pretty mild, and in the background.  There's also a light hint of pepper in the back, as well.  This one tastes like the traditional one, but it's not as peppery.  The nicotine strength feels to be a little less strong than the extra strong mark, and the flavor lasts about 45-50 minutes. 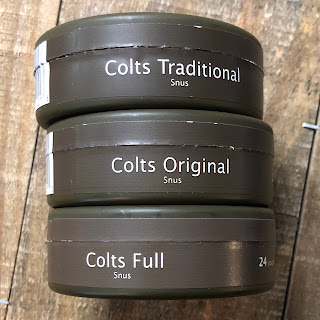 As far as these go, they weren't too bad.  They're very much your traditional Swedish Snus flavored products.  I enjoyed the original portion version the most, but the other two weren't too bad.  In Canada, the selection is very limited, and quite expensive.  If these were all I could get ahold of, I'd be okay with it.  I know I've seen people on social media talking about them and describing them as not so good, but honestly they weren't that bad.  They taste like budget Swedish Snus, but they're still enjoyable.  As far as where you can get these, I'm not sure.  I don't live in Canada.  I will also add this - I love the plain pack cans.  Some may not be a fan of these simple designs, but I think they're great.  If you like traditional flavored products, you'll probably enjoy these.
Posted by Chad Jones at 9:20 AM