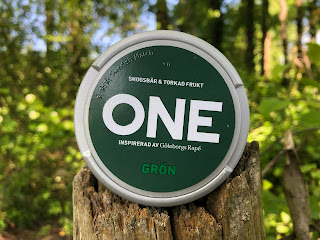 Swedish Match has re-launched the One line and today I'll be reviewing one of the five products in the series: One Grön/Green (Skogsbär and Torkad Fruit / Forest Berries and Dried Fruit) - a product "Inspired by Göteborgs Rapé". If you're not familiar with the One line, I'll do a quick history. It originally launched in August of 2017 and was a collaboration between UFC's Alexander "The Mauler" Gustafsson.  It was a "modern premium" line, meaning name brand products with a cheaper price tag!  It launched with three qualities: more strength and taste due to new way of refining tobacco, a softer portion material, and more plump portions due to a new way of treating the tobacco.

This isn't a relaunch, this is one of the two new flavors in this line.  When it comes to this snus, the flavor description says it has "light and spicy tobacco character with hints of dark berries, forest, citrus, and slightly provencal herbs."  Each can weighs 22 grams and has 22 portions, for 1g portions.  The nicotine content is 14mg/g (1.4%), or 14mg/portion.  If you're not familiar with "provencal herbs", it's a mix of spices that includes basil, fennel, marjoram, parsley, rosemary, tarragon, and thyme. 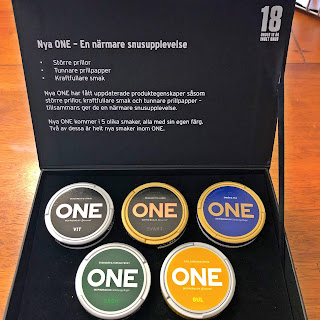 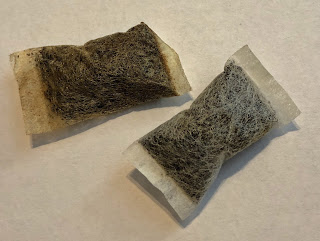 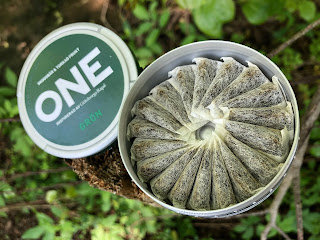 Of the five products, this one is the most unique one.  I would say weird, but that has a bad connotation to it.  It's not bad, it's just different.  The forest berry aroma comes through first, and it's like a muted, dried cranberry type of smell.  There's also a light herbal character in the background and a hint of pepper.  The portions are nice and plump, and fill out the lip really, really well.  They also have a quick flavor release for a white portion!  The flavor is where this one gets interesting.  I pick up the dried fruit/forest berry flavor right up front.  It's like a muted, less-sweet cranberry type of flavor.  The herbal flavor is definitely different.  There's hints of rosemary and thyme in there, which makes me think a little of the General Gastronomy Edition (Portion Snus).  There's also a touch of pepper in the background, and a hint of tobacco.  The flavor lasts a good amount of time, usually up to an hour.  The nicotine strength feels to be right at the strong level.

This snus was interesting, to say the least.  I don't know how I feel about it.  It's probably not one I'd order again.  I'll finish the can, but it might take me a while.  It just has a unique flavor to it that I wouldn't say is for me.
Posted by Chad Jones at 5:42 AM