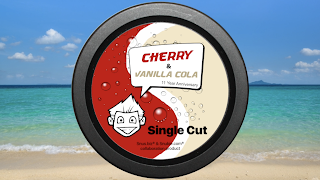 Next month is the 11 year anniversary of Snubie.com! Each year, for our anniversary, I try to do something special, or fun, to give back to the snus community and release something they've been asking for. This year, I decided to partner up with Snus.biz to release a very special snus.  With summer right around the corner, I wanted to make a nice summery flavor, and I've always wanted to make my own vanilla cola snus. So, with this release, I spiced it up a bit. Meet Snubie Cherry/Vanilla Cola Lös (Single Cut). 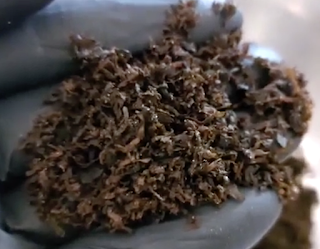 So, why is this something that the snus community has been asking for? This is a single cut snus. For Americans, this is similar to our American long cut.  It's basically a pasteurized, long cut Swedish Snus product.  You can see a photo here of the actual snus itself and what it will look like.  This isn't going to be a handbaking snus.  Well, you could.  But it's meant to be a pinchable snus.   So, for this release, I blended what the snus community wanted (a long cut snus), with a flavor I've been wanting to make, vanilla cola.  I added in cherry just to spice it up a bit, and to make it a fun summer taste! 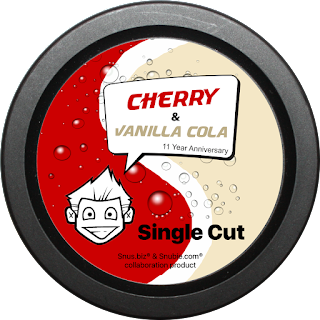 When can you get it, you may be asking? And where?  Well, our 11 year anniversary is in May, so you'll be able to get it next month!  As usual, you can order it from Snus.biz directly by emailing hello@snus.biz.  This year, however, we wanted to make it easier for folks in the US to get it.  Our friends at SnusMe.com have agreed to sell some, so US folks will be able to order it with ease!  The rest of the world, of course, can order direct from Snus.biz by shooting an email to the address above.  I will update everyone once it's available for sale.  I can't wait for you all to try it, and I hope you enjoy it!
Posted by Chad Jones at 1:16 PM