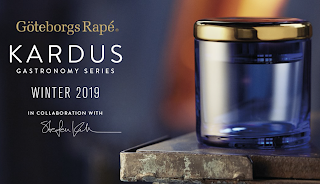 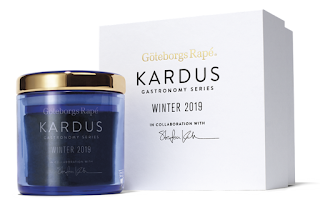 This year's release comes with the familiar white box, but a blue vessel and a gold lid, reminding me much of the look of Göteborgs Rapé Lös.  As usual, each container contains 150g of tobacco, and only 1,050 of these were made.  300 of them were also made for Norway, but more on that later.  The price point sits at 999 sek, or $103.19 USD.  Though at this time I'm not sure it's going to be available to the US, as usual.  For the flavor description, for this product the focus was on enhancing the flavors of Göteborgs Rapé (juniper and lavender) and enhancing it with forest flavors.  The tobacco flavor is of a  medium dark nature and there are also said to be notes of coniferous forest, herbs, and dried fruit.  The nicotine level is 14mg/g (1.4%).  Like with most Kardus products, it is 100% lamina, meaning only the best parts of the tobacco is used, and it is cut to 0.72mm.  The texture is a lot like long cut tobacco, so it is going to look much different to ground lös snus if this is your first go with a Kardus product. 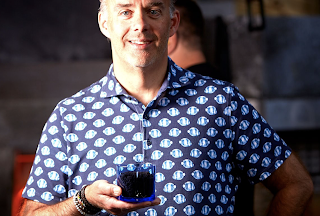 As mentioned before, for this year's release, they partnered with Stefan Karlsson, who helped flavor this snus. He worked with Master Blender Lars Öberg, to create the flavors of this year's Göteborgs Rapé Kardus release. According to Karlsson, the flavors of the forest have been a source of inspiration in his cooking. For this release, Karlsson and Öberg have utilized their strongest sides, Stefan from the kitchen and Lars with his deep tobacco knowledge as Master Blender. Karlsson says, "One of the coolest things about being a chef is to see what happens when you add or remove a certain flavor. In the same way as when I look for the right seasoning for my dishes, I have gone as far as working with Lars Öberg on the flavors for this year's Kardus Gothenburg Rapé." 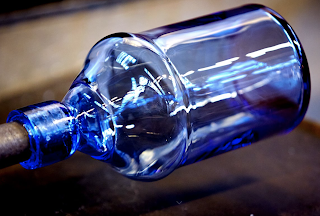 As with the past several releases, this year's release comes in a hand blown glass by Swedish glass maker Orrefors. Orrefors is the largest glass manufacturer in the Nordic region, and a symbol of the Swedish glass industry. The vessels are mouth-blown by skilled glass blowers from Kosta and each vessel is individually numbered. Signatures are blasted in each vessel and, because the glasses are handmade, each vessel is extremely unique and one of a kind!  That gives an added dimension of making this snus rare, special, and unique.  Not only is the snus itself special, but the glass vessel it comes in is also special. 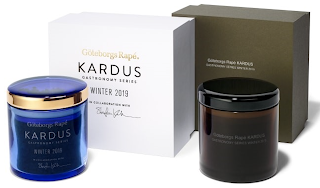 Another neat thing this year is the fact that a small number of these are releasing in Norway. Only 300, to be exact.  The Norway edition will look very simple, and come in the Pantone 448C color, like the rest of the snus products sold in Norway.  I personally like this plain pack design of their snus, and I really dig the way this Kardus release looks.  It's very simple, very clean, and places a lot of focus on the tobacco itself.  I may have to try and get one of these myself just to add to my collection, because I dig that box!  I'm not sure if anyone is selling this edition online, but I have heard of some local retailers in Norway who have it.

GR Kardus 2019 is available for sale now! As usual, I don’t suspect this will be available for sale to the US. I imagine Sweden and Norway only. However, my friend Michael in Sweden who helps me with these limited releases has picked one up for me to review, so once it comes in I’ll be sure to post a full review!
Posted by Chad Jones at 1:18 PM