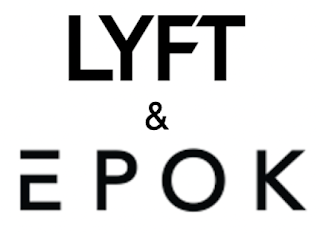 Not too long ago, I reported that Lyft was not replacing Epok. This was due to what I was told by BAT (British American Tobacco), makers of Epok and Lyft, back in October of 2018. It seems to be a bit more complicated than that.  First - the basics.  For those unfamiliar - Epok is a white tobacco product made by Winnington/BAT.  Lyft is a nicotine pouch product made by Winnington/BAT.  They're virtually identical except for the name and what's in the pouch.  To further complicate it, there are now Epok Chew Bags sold in Denmark, which is another white tobacco product.  I won't go too much into all that, but I did a video on it if you want to know more.  Now, some clarifications.

Today, I was handed some different information from BAT (British American Tobacco).

1.  Epok will still be available, but only in Denmark and Switzerland.  As of now, I'm not sure if this is Epok Snus or Epok Chew Bags, as I know Epok Chew Bags are now available in Denmark.  But this is the only place I was told the Epok brand name will live on.

2.  For everyone else, it's Lyft.  If you live outside of Denmark or Switzerland, you will no longer have access to Epok and will need to switch to Lyft.  All the flavors you like in Epok are available in the Lyft line, except they don't contain tobacco.  Everything else is the same except the name.

This has all been quite confusing, but I'm glad I received a little more clarification from BAT!
Posted by Chad Jones at 9:09 AM