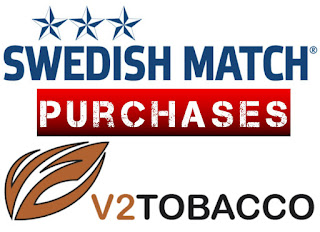 News recently broke that Swedish Match purchased V2 Tobacco. This news caught me completely off guard. I had no clue that Swedish Match even had their eyes set on owning V2 Tobacco. The press release said, "In this transaction, Swedish Match will acquire 100 percent of the shares in V2 Tobacco (production and sales/marketing in Denmark). The current CEO and one of the founders of the company, Marc Vogel, has agreed to remain with the Company, which will be operated for the most part independently from other Swedish Match businesses. The closing date of the transaction is August 31st." When asked about the transaction, Lars Dahlgren, President and CEO of Swedish Match said, "We are very excited about this transaction. A vibrant and independent V2 Tobacco business fits very well as a complement to our existing organization. V2 Tobacco´s modern and adaptable production allows Swedish Match improved flexibility and expanded opportunities to adapt to changing consumer desires, helping Swedish Match to move further toward its vision of a world without cigarettes.” 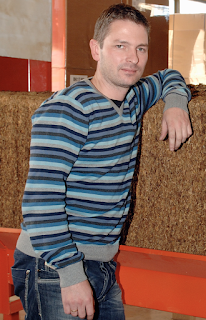 Marc Vogel, one of the founders of the company and current CEO of V2 has agreed to stay on with the company. In the press release, Marc said, "It has been of importance to us to find a buyer who shares our values and ambitions for the future. With their long history, competence and their extensive work with product quality, Swedish Match will give our operation in Silkeborg new and better opportunities to develop and grow."

But I found myself curious, and almost skeptical about the deal.  I have been a fan of V2 for many, many years because I like to root for the little guy.  V2 is a company that started from nothing but the hard work and dedication of the Vogel brothers; they built it up to what it is today.  I found myself wondering if this transaction would change V2.  I've always admired the dedication V2 has to their consumers and their deep connection with fans of their products. Some of you may remember back in 2012 V2 brought back Brandy Alexander, one of my all time favorite snus products, because I asked them to and was able to gather enough community support and interest that they listened to their fans and released it as a limited edition return.  V2 regularly asks their customers for input about their limited edition products, and releases flavors that their fans ask for.  This is something you don't see with other companies and something I was worried V2 would lose when being bought by Swedish Match.  Nothing against Swedish Match, I love their products!  But I didn't want V2 to lose what made them who they are:  their heart, and their connection with their fans.

Today I talked to Marc Vogel and was reassured that nothing will change when it comes to V2 being innovative and releasing new products.  Marc mentioned that Swedish Match wants to let V2 operate as a separate factory.  Marc further went on to stress that V2 Tobacco would continue their connection with customers, something that many of us have been wondering about and something that makes their company different from any other company making snus.  He even mentioned a few things that gave me hope, such as potentially being able to use Swedish Match brands in the future, which could lead to some interesting new products, or even the possibility of a Brandy Alexander return!  I can't tell the future, but I'm going to be as optimistic as I can and hope this will be good for the snus industry.  The last thing I wanted was Swedish Match to buy the V2 factory and close down their competition.  But it seems as though that isn't the case, so now we just have to sit back and see what unfolds.
Posted by Chad Jones at 8:06 PM