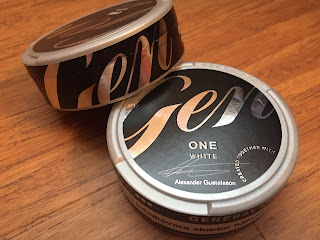 Today we are talking about Swedish Match's latest release - General One White Portion! When I heard about the new product series I was rather excited to hear that it was two new General products and one Göteborg's Rapé product. These are my two favorite snuses, so it's pretty exciting when there's new variants of my favorite snus products. These products were made in partnership with Alexander "The Mauler" Gustafsson, a MMA fighter in the UFC and massive snus fan!  These products came with a new can design and  different attributes than regular General and GR snus products.  Even if you know and love General and GR, you may find yourself surprised with how much better these little changes made these products! 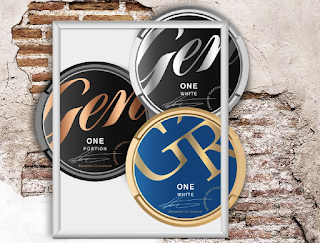 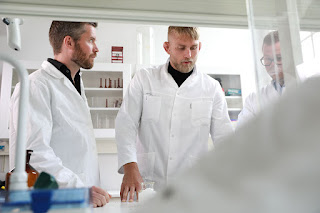 To develop these products, they Swedish Match turned to Alexander Gustafsson. They knew about his interest in snus and during a visit to the Swedish Match store they asked him what he wanted in a snus. He said the products should be General or Göteborg’s Rapé, should have a traditional design, but be softer, stronger, and more filling under the lip. Swedish Match went back to the drawing board and looked at every step in manufacturing such as the choice of tobacco, where it came from, how it was processed, and how it was packaged. In the end, this new series had all the products Alexander was looking for in a snus. These new products have three defining characteristics: softer tobacco through a new manufacturing technique, more strength and taste through a new way of refining tobacco to snus, and fuller portions through a new way of treating the tobacco.  It's interesting to note that on the white portion versions of General One and Göteborg's Rapé One, Swedish Match released some "test products" known as General 22 White Portion and Göteborg's Rapé 22 White Portion. These were only released in Sweden, but they were to gauge consumers feedback about some new product features. I tried them several months ago and did reviews of them. They were presumably released to see what people thought of the new features that would be coming in these products. 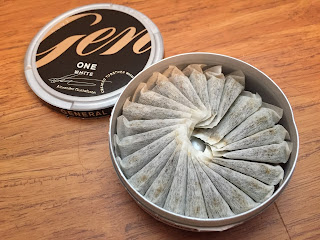 The flavor description for this product says, "General One represents our latest manufacturing technology that gives the snus new features, developed by Swedish Match together with the snuser Alexander Gustafsson. A strong flavor, which at the same time is soft and tasty. The taste is the same that has always characterized General White - light and spicy tobacco character with distinctive elements of bergamot and citrus, as well as some tea." This product comes in a 17.6 gram can with 22 portions for 0.8 gram portions.  The nicotine content is 1.4% (14mg/g) which breaks down to 11.20mg/portion."

Going into this one, I was curious how it would compare to the General 22 White Portion that I reviewed a few months ago.  I was interested to find that it's basically the same!  When you open the can, the aroma that comes through is the classic General smell!  I notice the traditional smell of bergamot, a mild tobacco presence, and pepper.  It seems that the citrus and pepper are more bold in the aroma than regular General White Portion.  The portion material is incredibly soft, as is the tobacco inside the pouch!  It feels great in the lip.  Even though it's only a 0.8 gram portion, it still feels more full in the lip, perhaps due to how the tobacco is processed.  The flavor seems to come on quicker than regular General White Portion, as well.  The taste seems to be more bold than regular General White Portion.  I notice the traditional taste of bergamot, a mild, earthy tobacco flavor, and a touch of pepper in the background.  It seems as though the citrus and pepper are more present, as is the tobacco flavor.  The nicotine feels to be stronger than a regular strength snus, but it's not too strong or anything.  It supplies a nice, extra little kick of nicotine.  The flavor also lasts a good amount of time; I've found I can enjoy this snus for up to an hour and a half!

If you like General White Portion, this is a must try.  It's the classic General flavor, but more present, along with a little extra nicotine and a neat looking can! A special thank you to Michael Kristensen, a friend of Snubie.com, and Bengt Wiberg, of Sting Free Snus, who helped get these products to us for review!
Posted by Chad Jones at 8:06 AM