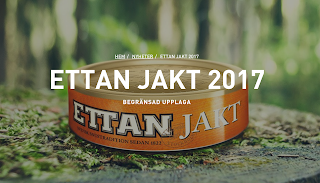 This year, Swedish Match is bringing back Ettan Jakt! Ettan Jakt was launched as a limited edition snus that releases in the fall of each year. I did a review of it back in 2015, but in case you missed it it's the same Ettan Los you've had before, just in a limited edition can. Swedish Match says: "Autumn 2015 launched the first limited edition of Ettan JAKT - a snus with the same content as classic Ettan loose, but in a specially designed box under the brand JAKT. Now we release the 2017 edition. [This release] is the same as previous editions of Ettan JAKT, both in design and content. It is made as loose snus with just the same dark and spicy tobacco character as the usual one loose. The basic ingredients are simple - tobacco, salt and water. And so it has been since Jacob Fredrik Ljunglöf launched his snus mix "Ettan". With tones of smoke and malt, as well as some dark chocolate, we present the pure tobacco flavor a certain amount of weight, but without taking over the experience of Ettan's characteristic tobacco flavor. Ettan is Sweden's oldest snus brand and has been part of the Swedish snus tradition since 1822. Ettan JAKT is manufactured and sold in a limited edition, in a limited number of stores during the fall of 2017. Starting in early August, it is only available here on our e-commerce and in our Swedish Match Stores. You will find the product in selected stores throughout Sweden from mid-August.” 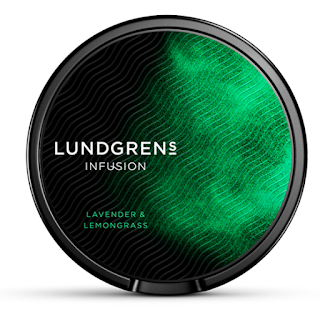 Fiedler and Lundgren is also releasing a new product: Lundgren's Infusion. I reviewed the Limited Edition Lundgren's Infusion 2016 not too long ago, and it appears this product is made in a similar way but with a slightly different taste. The 2016 version had flavors of lavender, ginger, juniper, and eucalyptus. This version has a flavor description that mentions flavors of lavender from Provence and Lemongrass from Thailand. It also says that the lavender will give the snus a fullness and a floral taste, while the lemongrass will contribute freshness and add a sharpness to the aroma and the flavor. It will have a deep, full bodied and long lasting taste. The tobacco used is locally grown from Skáne. It’s a white portion in a 21.6 gram can with a regular nicotine strength of 21.6 grams. So, this time it will be in a regular sized can, and at a regular price. The flavor description also mentions steam, which was used in the 2016 version. The 2016 version was the first time snus had been flavored with steam. Last year, steam would pass through a bed of lavender, juniper, eucalyptus and ginger to flavor the snus.  I'm assuming this year it will be much the same, but without the juniper, eucalyptus and ginger. I've seen this product for sale at SnusBolaget, but nowhere else yet. Hopefully a store that ships to the US will stock it!
Posted by Chad Jones at 5:34 PM