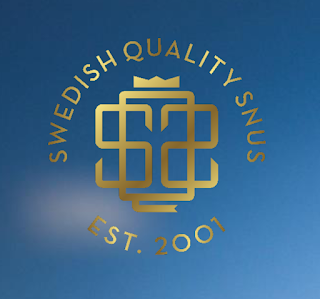 JTI Snus, makers of LD, Gustavus, and now Nordic Storm, is no longer going to be known as JTI Snus. Moving forward, they will be known as Nordic Snus AB. This name change is done to better represent their snus production, it's tradition, and it's heritage. It is also to represent their business within the Nordic countries.

In discussion with them, I was told that their factory was the first to challenge the Swedish snus monopoly. Their products are subject to their own quality standard, SQS (Swedish Quality Snus), as well as the Swedish food production standards.

All their snus is produced locally in a historic factory in Southwest Sweden. Their facility is a historic mill converted to a modern facility, located in Vårdgårda. They product according to the Swedish tradition using modern equipment and standards.In fact, most of the factory’s power is generated from the river that runs next to the factory.

This is just the beginning.  Stay tuned for more exciting news to come later in the year!
Posted by Chad Jones at 7:54 AM