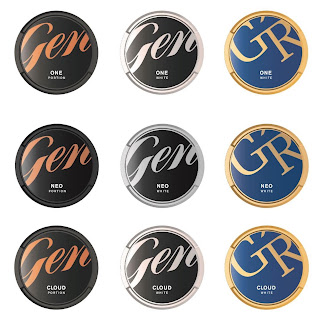 It appears as though Swedish Match is going to launch new General and Göteborg’s Rapé products. At this time, we don’t know much beyond these photos discovered on Snus Schweden's Facebook Page. From what I’ve been told, the product is already developed and Swedish Match is working on the name, from which they have 6 alternatives to choose from. These new products will apparently be out in May.

This photo shows 3 varieties of each product - One, Neo and Cloud.  These names could mean anything, really.  Neo could mean new.  Cloud could have something to do with the softness of the portion.  As far as One goes, your guess is as good as mine. 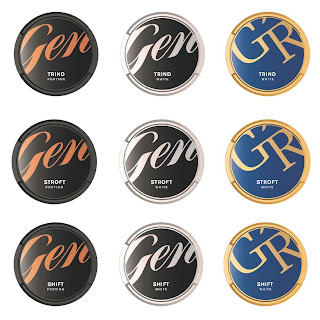 This photo shows 3 more varieties of names for these products.  These names are more interesting. A translation I saw for Trind showed it meaning rotund or round. As far as Stroft goes, I saw on Urban Dictionary a definition that said that term has been used as a cross between Strong and Soft.  And then as far as Shift goes, I have no idea.  Shift could mean change, or doing something different.

As far as the designs go, I think they're interesting.  But designs are just the outside, and as we all know in the snus world, it's what's on the inside that counts.  When I find more information about these products I'll update this article!
Posted by Chad Jones at 1:11 PM