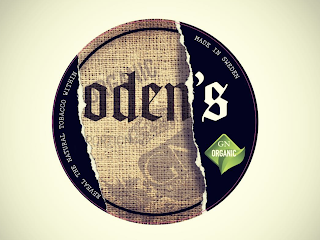 This one is an Oden's Snus and doesn't appear to have a name.  The can says "Release The Natural Tobacco Within".  From what I've been told, this is an all natural tobacco snus with no added flavor.  I am very excited about this release because you don't see a lot of snus products released that are tobacco with no added flavors.  So, this is one I am very much looking forward to trying!
Posted by Chad Jones at 5:21 PM