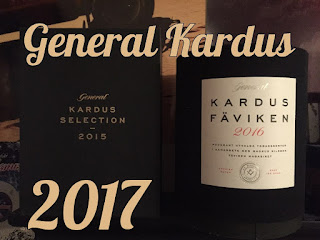 I was becoming worried that we wouldn’t see a General Kardus this year, and that is partly true. We will have to wait until February of 2017 for General Cards. This year’s batch, like last year and the year before, will come with 100 grams of snus. The theme, however, has not been announced. Carl Egeberg, brand director of General and head of General Kardus did say that the only clue he can mention is “that 2017’s Kardus will be produced at approximately the same latitude as last year.  He also mentioned a new ingredient never used in Kardus before.  So, it goes without saying that I am very excited and looking forward to February!

When asked about the delay, Carl Egeberg said, “I want to start by regretting the delay. It is sad but for a Kardus only the best is good enough. What happened was that the original tobacco blend, we thought we were not optimal in relation to the other ingredients. This year, we are working with a new ingredient not used in Kardus earlier. Therefore, we made a new tobacco mixture that we are very pleased with, but given the lead times in production will be launched in late February. We want to outdo ourselves every year, and there's simply not room for compromise in quality work. Now the logical question what 2017 years Kardus will have for the theme. I do not want to be stingy, but the only clue I can mention is that even 2017 years Kardus will be produced at approximately the same latitudes as last year. We regret that those interested will have to wait, but we still think this was the best solution.”

If you missed out on Kardus 2016 - you are in luck!  In December there will be a small number Kardus Fäviken 2016 sold in Swedish Match's stores in Stockholm, Gothenburg, Strömstad and Åre. I don't know a number but it is said to be "limited".
Posted by Chad Jones at 5:31 PM