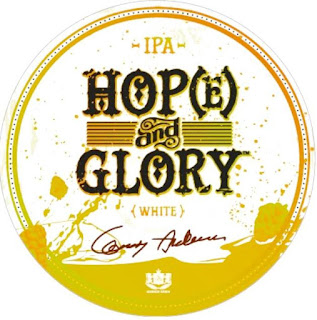 Recently I reviewed Mellgren's IPA (White Portion) and . As a beer nerd, IPA has always been my favorite style. So, when those two snus products came out, I was really excited. However, recently they disappeared from the market. My friends at Mellgren's recently gave me an update on it and said that it isn't “discontinued” yet, it’s still undecided. It's just not currently in production. The factory they used would only produce it if they ordered it in very large quantities, and they didn’t want to do that at this time. So they’re looking into finding someone else to produce it for them. Their goal is to produce it in smaller batches.

Now, it appears that Conny Andersson is moving forward with a new IPA product at AG Snus called IPA Hop(e) and Glory (White Portion).  At this time I don't know much about it outside of it's first appearance being at the Beer And Whisky Fair in Stockholm in late September.  It will more than likely be with SMD on 20 September 2016, so it should be available to order online shortly after that.  The first run will come in white and original portion.  Conny says the taste is more well rounded.  The "soapy" taste in the beginning is lessened, as well.

I'm  hoping that the flavor is close to the Mellgren's IPA Snus because that taste is out of this world! 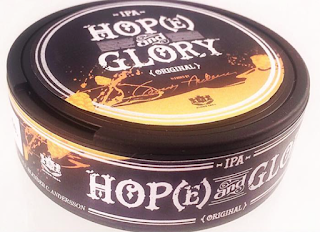 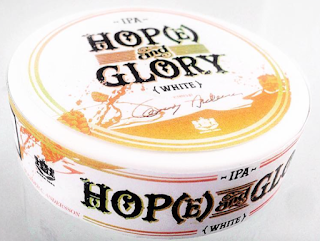