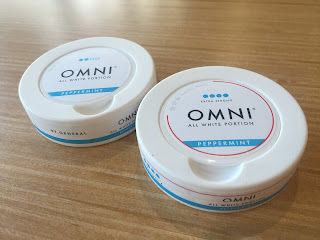 White Tobacco products/"purified tobacco" products have been all the rage lately. After the popularity of Epok Snus, it appears that Swedish Match is getting interested in this category. I recently reviewed their first offering in this category, Zyn NT and now we're going to be discussing their latest product, Omni by General. Today we are going to be talking about General Omni Peppermint, which is described as, "Taste of peppermint. A small, thin and dry pouch, which, once moistened under the lip, releases flavor quickly and powerfully."  But, before we get into that, let's talk about what General Omni is. 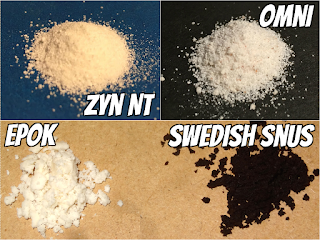 Doing a comparison of Swedish Snus, Omni and Zyn NT, you'll notice that Omni is closer to Zyn NT than Epok. It is a finer material, and resembles table salt, much like Zyn NT. The difference I find between Omni and Epok is that there are very small brown pieces within the pouch, which Zyn NT does not have. Omni is said to be a mix between cellulose fibers, a small share of tobacco and food grade approved flavorings. I’m assuming the “small share” of tobacco is the brown specks I see in the pouch. If you want more detailed background information, I did a more "in depth" preview article which goes a bit further into this. 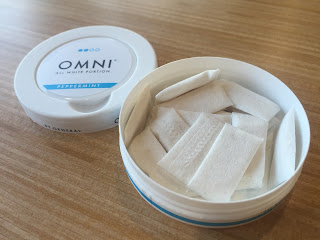 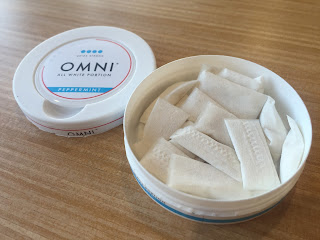 When you open a can of General Omni: Peppermint, the aroma is a mild peppermint smell.  It doesn't come through with much sweetness when compared to other mint flavored products I've had in the past. The pouches are relatively dry, but are surprisingly comfortable in the lip.  There was a relatively mild tingle/cooling sensation in the lip, which is common of most mint products, but it wasn't near as prevalent as regular Swedish Snus.  The flavor is a very gentle taste of peppermint.  It's a light and airy flavor and comes through with a very faint touch of sweetness.  I don't notice much salt from this one, which is different because with Swedish Snus I've come to enjoy the salt flavor.  Both of the nicotine strengths have the same mouthfeel, aroma and flavor, but the difference is the nicotine.  I will say with the regular strength 3mg one I did feel about the same amount of nicotine as a regular strength snus.  With the 6mg strong one I did notice an extra kick of nicotine, but I didn't feel on par with an "extra strong" snus.  I would say it ranks closer to a "strong" snus than an "extra strong". 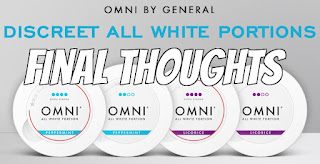 So, in the end, what do I think about General Omni? As I said with Zyn NT, this isn't a product for me, nor is it something I would use. I can say, objectively, that these are good products and I'm glad they exist. Not everyone quits smoking the same way, and the rise of white tobacco products shows that people have an interest in trying these non-traditional smokeless tobacco products. I'm glad they exist because everyone quits smoking a different way, and these products may help someone quit smoking. At the end of the day, that's what I view as most important. So even though these aren't products I would personally use, I still will suggest them to people looking for different ways to consume nicotine.  I personally enjoy Epok more, but for those who want more discrete/drier products, these are a good avenue to pursue and a good alternative.
Posted by Chad Jones at 4:23 PM