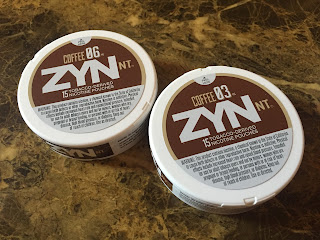 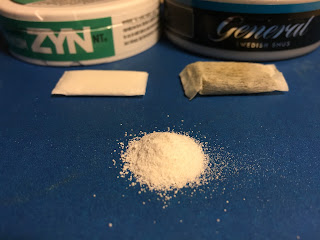 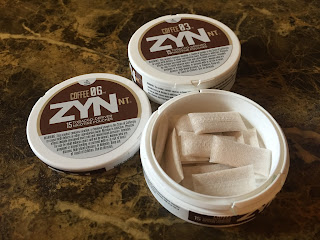 The flavor description for Zyn NT Coffee says, "Warm, rich notes of freshly brewed mocha."  Now, you all know I'm not a big coffee fan, but I still gave this one a fair shot!  The portions are interesting to touch.  I've had purified portions in the past, but these didn't feel quite as dry.  When you open the can, the aroma that comes through is a sweet smell of caramel with a light hint of coffee in the background.  The portions feel softer to the lip than I expected.  They're thinner than a regular snus pouch, but don't feel as small as a mini portion.  The flavor comes on a lot quicker than I expected.  For a coffee flavored product, I was surprised by how present the taste of caramel is.  It comes through in a pleasant way with a touch of sweetness.  I do notice the taste of coffee, but it's relatively mild and in the background.  Even so, coming from a non-coffee drinker, I found the taste of this one to be enjoyable!  I was able to enjoy this product for the 45 minute to 1 hour mark.  When it comes to the nicotine, there are two strengths: 3mg and 6mg.  With the 6mg, I do experience satisfaction.  I use mostly 8mg/g snus, and with the 6mg level I did notice nicotine and felt the same level of satisfaction I feel with my usual snus.  With the 3mg level, I didn't notice much nicotine, so I imagine this is going to be for someone who doesn't need as much nicotine.  If you've used mini portion snus before, it feels to deliver about the same amount of nicotine. 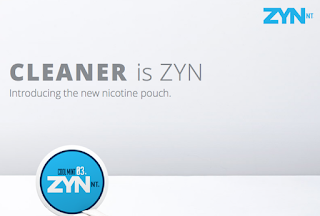 So the ultimate question is this: "Is Zyn NT for me"? Personally, this product isn't for me.  I'm a snuser, and that is my product of choice.  But that doesn't mean it's not a good product. I am an advocate for harm reduction in all forms. I know a lot of people want to quit smoking and tobacco but don't want to quit nicotine. The gum doesn't work for everyone, the patch doesn't work for everyone, medicine doesn't work for everyone, and many people don't want to vape or snus.  This is a product that I think needs to exist, because it's a way that people can enjoy nicotine in a non traditional way.  If you're looking to quit smoking but don't want to vape, snus, dip or use any pharmaceutical aids, I definitely suggest giving Zyn NT a try.  Harm reduction comes in all shapes and sizes, and anything that helps people quit smoking is a product that I can support.
Posted by Chad Jones at 3:21 PM