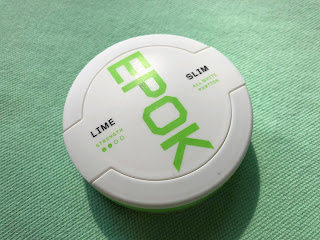 The flavor description for this product says, " Epok Lime White Slim Portion Snus is described as having an unexpectedly fruity, full-bodied, but yet challengingly tart combination of modern snus flavor and citrus.." This product comes in a 16.8 gram can with 24 portions for 0.7 gram portions. The nicotine content is 8.5mg/g (0.85%) for 5.95mg/portion. 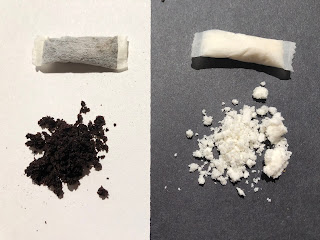 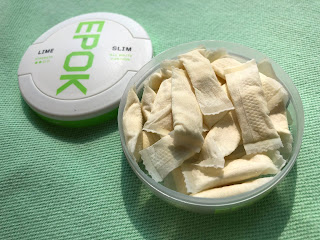 When you open the can, the aroma that greets you is a straightforward, tart lime smell. The portions are the slim type, and are soft and quite comfortable in the lip. The taste is a lot like the aroma; it is a very straightforward lime flavor. It reminds me a lot of the lime Jell-o! The flavor of lime is the start, and it comes through very, very lightly sweet and a little bit tart. It's a nice flavor! The nicotine strength feels to be right at the regular strength level, as well. I've found I can usually keep these in for about as long as an original snus portion, up to about 45 minutes on average. 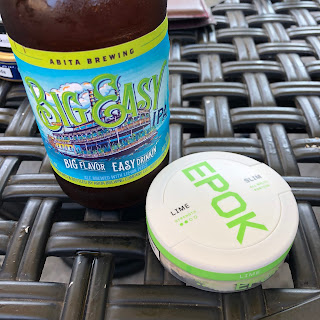 Also, I want to mention, this is a great snus to pair with beer.  Sure, lime flavored snus is something you can use all day everyday but, for me personally, it's something I keep around for pairing with beer.  It pairs very well with IPAs!

If you like the lime flavor, this is definitely one to try out.  If you're a beer lover, I'd also suggest keeping a few cans around because it's a great pairing snus for beer.
Posted by Chad Jones at 9:36 AM