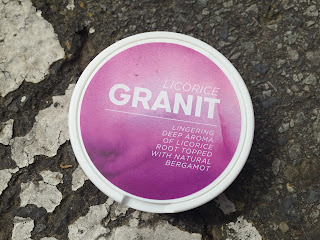 Earlier this year, I was in the process of doing video reviews of Granit Mint and Granit Lakrits and I found out that they had both been discontinued. Shortly after I found out those two had been discontinued, I heard about two new products coming from Granit with the mint and lakrits flavors.  I didn't care too much for the original Granit Mint and Granit Lakrits products, so I wasn't too hopeful about these two.  However, I was pleasantly surprised and found both of the replacements to be quite good! The product description for Granit Sensations: Mint (Slim White Portion) says, "Granit Lakrits has a lingering deep aroma of licorice root topped with natural bergamot. This snus has a slim sized pouch where all moisture is kept inside the pouch for a longer snus experience, and less drip." 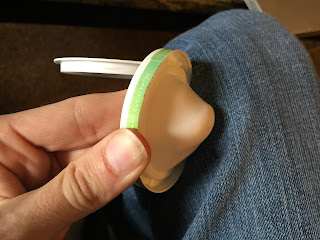 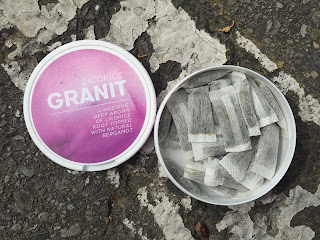 These are the first slim portions I've ever seen in a Granit product, so I was quite excited to try them. They feel really comfortable in the lip and are nice and plump!  The aroma is a mellow, gentle black licorice smell.  Nowadays, every company makes a licorice snus.  So the ones that usually stand out are the ones that are a little different in flavor.  This one definitely hit that mark.  The flavor is a mild black licorice smell with a little pepper in the background.  There's also a slight earthy presence that comes through in the taste as well and a mild tobacco character. The tobacco flavor is very, very mild, but you do notice it in the background.  About 15-20 minutes in I notice a very faint hint of bergamot, but not too much.  It doesn't overpower the licorice flavor and comes through in a very mild way.  All in all it's a pretty great tasting snus!

If you're a fan of licorice snus, I'd definitely suggest trying this one.  It's a pretty solid snus and the flavor is more unique than your average licorice snus!
Posted by Chad Jones at 2:02 PM