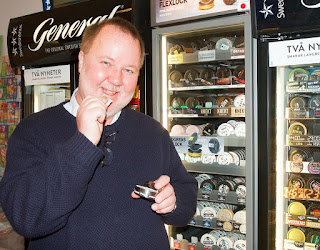 Lately there's been some buzz about two new snus inventions by Bengt-Olof Wiberg, pictured left from an article by Mitti.se. The name may be new to you now, but I have a feeling in a few months his name will be quite common and popular in the snus world.  He has two inventions that are not new snus flavors or products, but potential revolutions to the snus pouch. In fact, his invention was so popular that he signed an agreement with Swedish Match last year concerning it. This agreement was non-exclusive, which gives him the freedom to start his own production, sell it to other manufacturers, or sell the whole patent to any other buyer in the world.

The first product I want to discuss is "Sting Free" snus.  (If you click on the photo to the left you can view an up close look at it along with his explanation of the pouch).  He got this idea when his dentist informed him that if he did not quit snus he would risk periodontitis to his front teeth since his dentist found evidence of gingivitis (retracting gum) on his gum at the place where he put his snus. So he came up with a new idea. He took a patch from a first aid kit and pasted it to one side of the pouch. He would place the pouch in with the patch on his gums. He would continue to do this over a few years and eventually his dentist told him that his gums and mucosa were completely healed.  It will be interesting to see if any manufacturers embrace this idea. 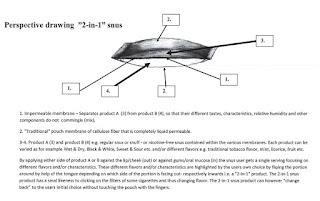 This is another idea that he came up with. (If you click the image to the left you can view a close up of the pouch and how it works). When discussing this idea and remarked, "My wife would not kiss when I snus under the lip. Then I came upon the idea of ​​a pouch may have two flavors, on a page can you for example have mint flavor. Then it is only to turn the snus with your tongue to taste minty mouth".  I think this one is a fantastic idea that I'm surprised no one has come up with yet.  Take for example mint and chocolate.  In one side you could have a mint snus, in the other you could have a chocolate flavor.  That is just one example, there are many other ways this idea could be applied! 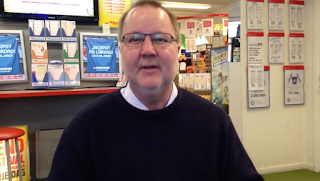 As someone who has written about snus for many years, I must say, I am very excited about the potential applications of this product.  I look forward to seeing what comes of this.

If you want more info, there's a great piece from Tobak and Mer you can read as well as a piece from Mitti.se, including a video where he speaks about these ideas.  If you're in the US, you may need to use Google Translate as they are in Swedish.
Posted by Chad Jones at 7:12 AM