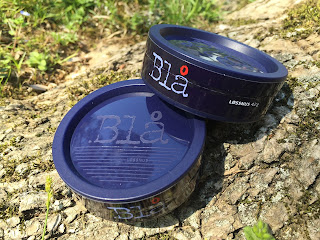 I originally reviewed Blå Los (pronounced "blue") back in 2010 and was rather bummed to see it vanish.  It didn't seem to be available for sale too long before it disappeared.  However, at the end of last year I saw it pop up on Fiedler and Lundgren's website for sale again in the Norway market.  Thanks to one of our YouTube Channel viewers, Rolf, I was able to procure a few cans of it for review.  And, needless to say, it's just as fantastic as I remember! The flavor description says, "A snus with a carefully selected blend of tobacco."  If you like tobacco centric snus, you're in for a treat with this one. 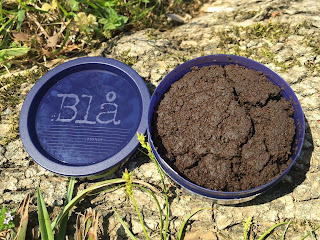 The grind of this one is not too fine, but not too coarse. I've been able to handbake it, but if you're not a fan of handbaking, I would suggest using a tool.  The aroma is a really well rounded tobacco smell with a slight hint of chocolate.  The taste follows the nose and you're met with a well rounded and robust tobacco flavor with a mellow hint of chocolate.  If I had to grade the tobacco I would say it's between the mild, earthy flavor of Ettan and the rich, robust flavor of Grov.  This one doesn't have any smokey flavor to it, and the salt balance is quite mild, as well.  It's a really enjoyable snus and probably one of the best tobacco centric snus products I've ever had.  If you're somewhere that has this snus in stock, I highly suggest trying it!
Posted by Chad Jones at 3:43 PM