In July of last year, I did a review of Mellgren's IPA (Single Cut) Snus by my friend, Conny Andersson. Being a big IPA fan, this snus is something that I've been very excited about. However, Conny wasn't pleased with last year's batched and wanted to make it better. Not only that, he's now also crafted a white portion of this snus. Today, Mellgren's in Sweden has posted both of these products for order - so you can buy them on their webshop or in their store. Unfortunately, these aren't available to the US at this time.

Mellgren's says, "After intense cooperation between Master Blender Conny Andersson, and Mellgren's Fine Tobacco we can present its own snuff we call Mellgren's IPA Edition. To this snuff, we have had the IPA (India Pale Ale) as foreground in manufacturing. Conny has long experience of tobacco and is among other behind Swedish Match Kardus and Islay Whisky Snuff." 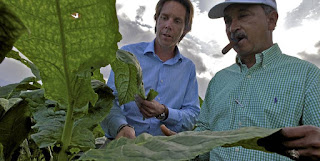 NOTE:  These were translated from Swedish to English, so forgive the translation.

"Snus is a tobacco cut resulting in a cleaner tobacco flavor in comparison with traditional ground tobacco.

Sun-dried Guatemala, more particularly in Nueva Concepcion. In the southwestern part of Guatemala cultivated a special tobacco dried in the air in barns built of cultivated eucalyptus trees. The elements of chocolate, nuts and fruity, slightly exotic.

South Africa, the tobacco provides the backbone to the tobacco mixture. Flavoursome and high nicotine content. I usually compare it to an honorable China Puff. Sun-dried." 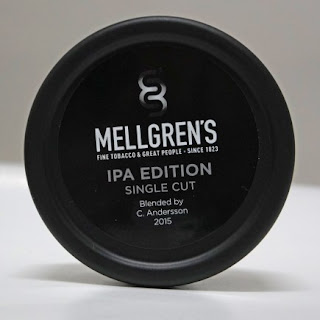 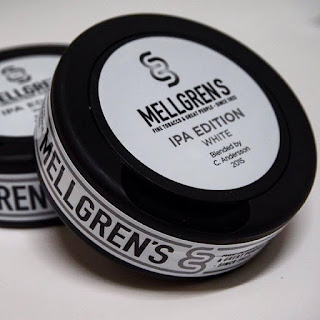 Link to Mellgren's listing.
Posted by Chad Jones at 6:19 AM